I was on both sides of being offended last week. I offended and I was offended.

Neither were intentional. Both were uncomfortable.

It was a week of misunderstandings and humanness. 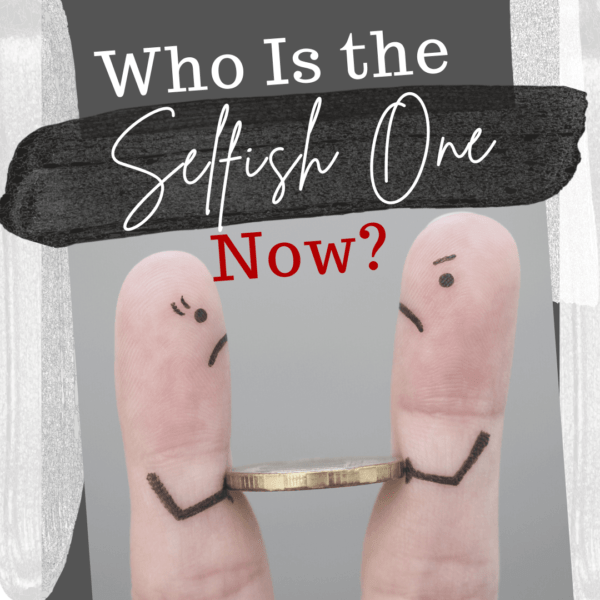 When I was doing the offense, I didn’t realize it. It wasn’t offensive to me. I had no awareness of causing harm. When it was brought to my attention, I tried to clear it up. I can’t guarantee my attempt was truly successful.

In the other situation, when I was being offended, there was no personal vendetta to cause me harm, but more of a “let the chips fall where they may” attitude. And if I was in the way? Well, so be it.

My feelings were hurt in both scenarios. In the first, I didn’t like someone thinking I was intentionally selfish to get my way.

It hurts to be misunderstood. I don’t want anyone to think I have bad motives, that I would intentionally mislead them, that I am self-centered.

But it also hurts to misunderstand others. In the second scenario, I was hurt that someone would be selfish enough to have no regard for my feelings.

I don’t like feeling angry. Or even confused. It’s uncomfortable to judge a friend as selfish when I prefer to think of them as otherwise.

But even more disturbing? Seeing selfishness in myself.

Selfishness is an insult. Nobody wants to be accused of selfishness.

As believers, we’re called to be above it, to “do nothing out of selfish ambition or conceit.” We’re to be like Jesus, who emptied himself out for others. In humility, we’re to “honor others better than yourself.”

I saw last week I am still selfish. Maybe not in the direct way that I was accused of (I still claim innocence), but in plenty of other ways. Such as, it’s selfish to avoid uncomfortable situations instead of entering a conversation to clear the air.

I also saw what I need to conquer selfishness. Grace. Always grace.

Grace asks this of me:

• To acknowledge my selfishness.
I crave God’s grace when I’m selfish in loving the “other” selfish people.

• To acknowledge the selfishness of my friends.
And love them anyway. I want to give grace when their selfish nature is uncovered.

• To acknowledge Jesus’s selflessness (the opposite of selfishness).
I give credit to him for setting the example of how to do it right, and for calling me out when I don’t.

Prepare to See It Again

Who’s the selfish one now?

Me. You. All of us down here are guilty.

We try to tamp it down. We are not each other’s enemies; we give each other the benefit of the doubt when we can (my life agreement #1).

But as long as we have flesh, we never entirely kill off selfishness.

At the end of the week, some of the misunderstandings in my situations were resolved. Some weren’t. I have to live with that.

I also have to live with the uncertainty that I can’t predict when our selfishness will pop up again. Eventually I’ll offend someone with my selfishness and I’ll be offended by theirs.

May I live ready for both, to receive grace and to give it, for our mutual selfishness.

And when grace arrives in the form of selflessness (as it often does), may I see and receive that miracle, too.

May I never be selfish with grace.

Is it easier for you to recognize your own selfishness or others? Share your thoughts in the comments.

26 thoughts on “Who’s the Selfish One Now?
—My March Update on Uncertainty
”