This is another symbol of hope, in addition to the anchor and the dove. 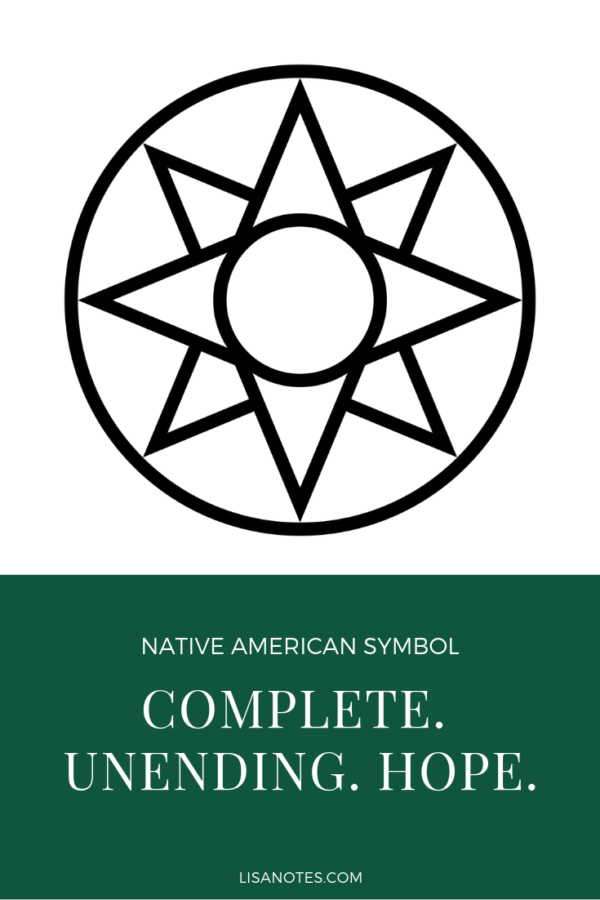 I learned the following about the eight-pointed star, a symbol of hope from Native American Indians.

“The 8 pointed star symbolizes hope and guidance. A circle around other Native American symbols signifies protection. The circle has no break and cannot be broken.

The points in the Outer circle led to the summer solstice where the sun path would be at its farthest north, the days are longest. A time of renewal and great potential and hope for the future. The Winter solstice marking the onset of winter. The summer and winter equinox when day and night are of equal length. Each are important times in the forthcoming year and are symbols of hope for the future.

The Hope symbol of the eight pointed star therefore represents the four cardinal points of north, south, east and west and their connection to the outermost points on the horizon where the sun passes through the year – the solstice and equinox points.”

As believers in Christ, we can adopt these meanings as well. We hope in the unbroken protection of our God, surrounding us from every direction, renewing us in every season.

This is Day 16 of Practicing Hope.

5 thoughts on “Another Symbol of Hope – Complete and Unending”