People who allow their hearts to be broken for the brokenness in the world have something that most of us don’t.
Compassion.
Selflessness.
Freedom.
– Jeff Goins, Wrecked 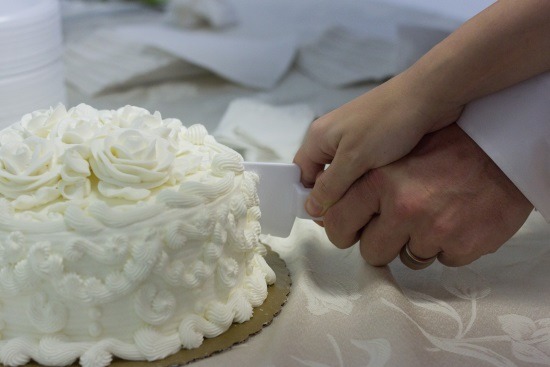 There are maybe 20 people in the room. All seated in folding chairs except the bride, groom, pastor, best man, and maid of honor. Great aunt holds the baby in her lap for now.

The wedding is at 9 a.m. on the Saturday before Christmas in a side room of Manna House. I’ve never seen the room so straight and uncluttered. Usually it holds people needing cash, maybe someone huddled over them praying, someone else waiting for guidance to set up disability benefits.

But not this morning.

Today at the front of the room is a clean table with a white tablecloth. And a beautifully decorated white cake from somewhere. We’ve laid out paper plates, napkins, forks beside it.

The bride holds a bouquet of flowers that also appeared from out of nowhere. I’m guessing from the same place as the cake.

Or, rather, from the same person.

It’s the maid of honor.
It all has to be from her.

I watch her from my seat.
It’s the maid of honor dripping tears. 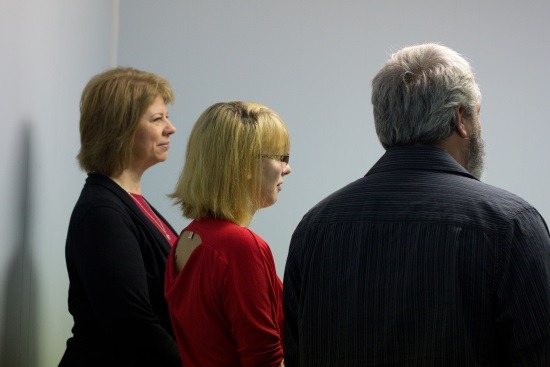 She’s seen as much badness as the world can show. She’s been lied to, taken advantage of, and stolen from. She’s given her time, her money, her energy to people who don’t and can’t appreciate it.

Yet, she’s still touched enough to cry for this young bride who’s stepping from one hard life into hopefully a better one.

And she still answers her phone at 3 a.m. when a trying-to-be-ex-prostitute calls her because she’s scared of the dark.

And she still feeds the hungry and clothes the naked and provides benches for the homeless men to sleep on at night when it’s cold.

She still has a heart.
Where can I get one like that?

And because she hopes in Jesus who can heal them all.

I watch her live with Jesus’ heart. And I ask him for more of his heart in mine, too.

And I choose “compassion” as my One Word 2014 because I don’t want to just see the wound of another and turn hardened or repulsed by it—I want to be brave enough and kind enough and hopeful enough to touch it.

The wedding is now over so I cut the cake and Jenna snaps photos and the happy couple feeds their baby a fingertip of icing.

And the maid of honor gives them hugs and a turkey and a box of groceries.

I’ve seen some grow cynical, grow bitter, from hard experiences, theirs or others.

But I’ve seen others grow softer, grow better, because of what they see.

In the pain, they believe God is still good.
They believe it’s possible to keep a soft heart in a hard world.

I’ll choose to believe it, too.

What situations bring out your compassion? What can make you hard?

26 thoughts on “How you do stay soft in a hard world?”