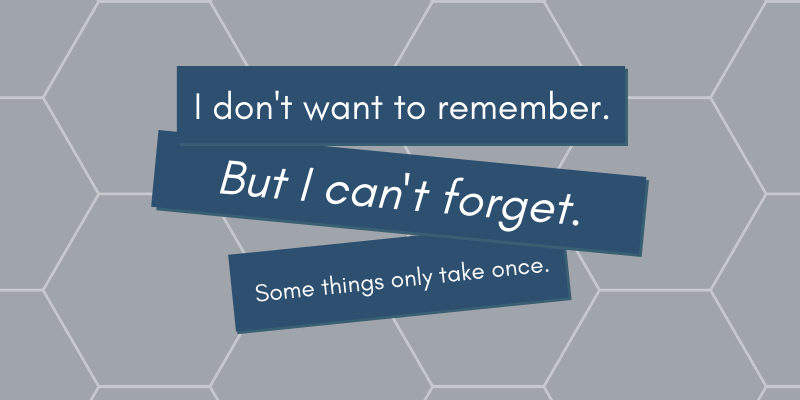 When It Only Takes Once

Every morning I walk around the house and open my blinds. I like light. I like seeing the trees and the birds and the lake outside my windows.

And every evening, I walk around the house and close the same blinds.

On this night, I’m reaching in to close the blinds in the dining room, when OUCH!!!

I immediately jerk my hand back. Did a spider bite me? What just happened? This hurts!

I look at the bright red spot on my now on-fire hand, then gingerly pull back the curtain to look at the blinds.

That’s when I see it.

It’s a wasp. It’s still sitting on the inside edge of the curtain. Exactly where I had reached in a minute earlier to close the blinds.

My hand hurt for awhile, but not bad enough to prevent me from killing the wasp with a wad of paper towels. I got over it.

But I didn’t forget about it.

Even now, months later, when I reach in to close the blinds at night, I remember the wasp. I look for it. I’m aware that if it was there once, it might be there again.

But the memory has. The memory of the sting returns again and again.

Some things only take once.

When I read Ashley’s post on dealing with criticism, I thought of my wasp sting. A critical comment is also something we’re slow to forget.

And even when we forgive the speaker, we often still remember the words.

We all receive criticism at some point. Sometimes warranted; sometimes not. But always noticed.

#7 – CRITICISM HAS NO EFFECT ON YOUR VALUE.

I am not stupid. I am not less than because of any criticism.

What’s true of me before it is true after: As a child of God, I am always enough.

Read all of Ashley’s post here at His Sparrow Blog to better deal with criticism when you receive it.

“Dealing with Criticism: 7 Truths to Remember”

Then link up your own posts below.

When’s the last time you’ve been stung by an insect? By a word? Which hurt worst? How do you keep God’s love as a strong memory?

6 thoughts on “I Don’t Want to Remember. But I Can’t Forget.
—Grace & Truth Linkup
”