Are You a Movie or a Book Person?

Do you enjoy seeing a favorite book come to life on the big screen?

Sometimes I don’t. It’s hard to squeeze hours of plot and imagination from a reader’s mind into a 2-hour scripted window.

But sometimes I do like to see a book’s story envisioned to a wider audience. Just Mercy: A Story of Justice and Redemption is one of those stories. 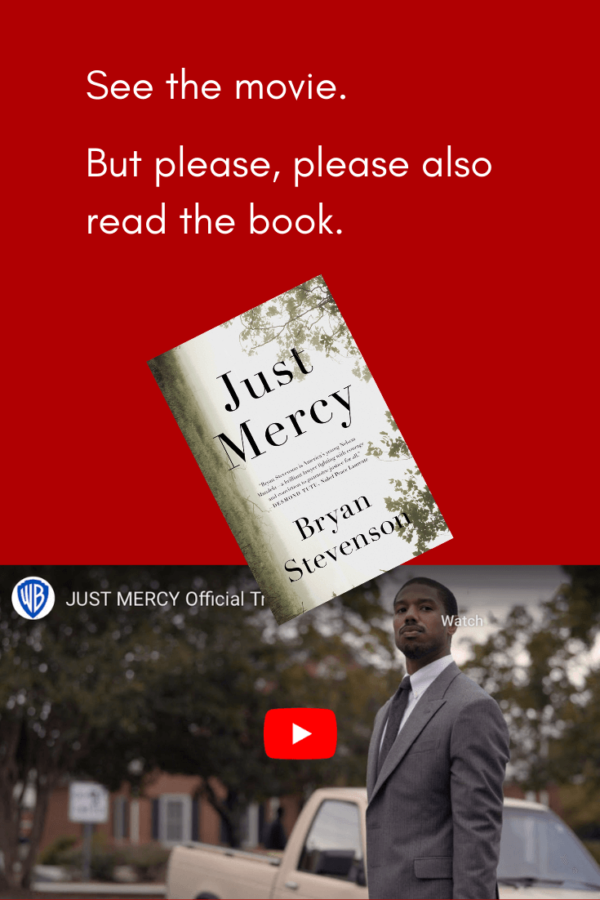 I’ve seen several trailers for the movie, listened to interviews with the actors, and trust the book’s author Bryan Stevenson to have made a wise decision in allowing the film to be made.

The nationwide release of Just Mercy is January 10, 2020. It stars Jamie Foxx and Michael B. Jordan. 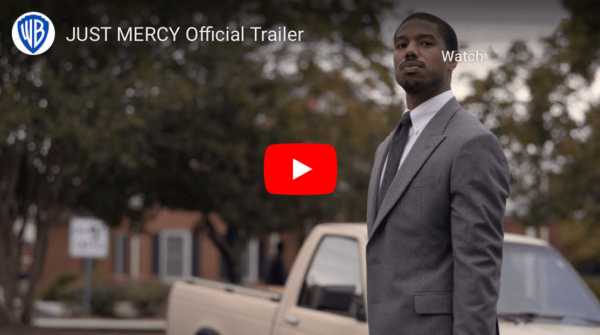 It tells the story of Walter McMillian, a young black man in Alabama who was sentenced to die for killing a young white woman.

The problem? He didn’t do it. Yet he sat on death row year after year.

But Also Read the Book

If you haven’t already read the book, go see the movie. And then come back to read the book (there are a lot more stories in the book). You won’t be disappointed.

And if you don’t already know about Bryan Stevenson, the author of Just Mercy, be prepared to to be wowed. He is a public interest lawyer and the executive director and founder of the Equal Justice Initiative (EJI).

EJI, a nonprofit law office, began in 1989 in Montgomery, Alabama, to right the wrongs of judicial unfairness. Stevenson’s work with EJI has been phenomenal in defending the poor, the incarcerated, and the wrongly condemned.

So when Stevenson talks, we need to listen.

“This book is about getting closer to mass incarceration and extreme punishment in America. It is about how easily we condemn people in this country and the injustice we create when we allow fear, anger, and distance to shape the way we treat the most vulnerable among us.”

And when we get closer, we discover another truth that Bryan shares so eloquently:

“Proximity has taught me some basic and humbling truths, including this vital lesson: Each of us is more than the worst thing we’ve ever done.”

Because how we treat others, ultimately reveals the kind of people we are.

“The true measure of our character is how we treat the poor, the disfavored, the accused, the incarcerated, and the condemned. We are all implicated when we allow other people to be mistreated.”

Stevenson says we have a choice. We can embrace our humanness, which includes acknowledging our brokenness and invoking our compassion. Or we can deny our brokenness, and thus deny our own humanity.

“The power of just mercy is that it belongs to the undeserving. It’s when mercy is least expected that it’s most potent—strong enough to break the cycle of victimization and victimhood, retribution and suffering. It has the power to heal the psychic harm and injuries that lead to aggression and violence, abuse of power, mass incarceration.”

Stevenson hasn’t given up the work of healing the injustices in our nation.

May we not give up either.

• Read about another convicted death row inmate and Stevenson’s work in The Sun Does Shine: How I Found Life and Freedom on Death Row by Anthony Ray Hinton. It was one of my top 10 books of 2018. It is another VERY powerful story. I first wrote about Hinton and Just Mercy here.

• If you’re ever near Montgomery, Alabama, visit The Legacy Museum. You will be moved, I guarantee.

Would you rather see a movie or read a book? Have you seen or read Just Mercy? Please share your thoughts in the comments.

12 thoughts on “See the Movie, But Also Read the Book – Just Mercy”