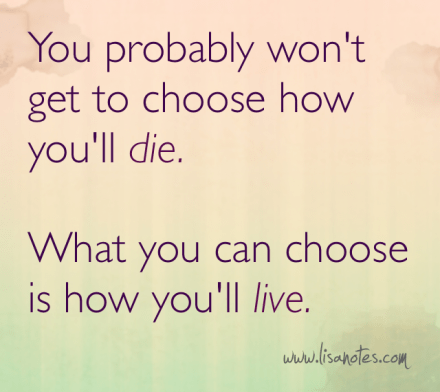 “Everyone knows they’re going to die,” he said again, “but nobody believes it. If we did, we would do things differently.”
So we kid ourselves about death, I said.
“Yes. But there’s a better approach. To know you’re going to die, and to be prepared for it at any time. That’s better. That way you can actually be more involved in your life while you’re living.”
– Mitch Albom, tuesdays with Morrie

Most of us won’t get to choose how we’ll die. A disease, an accident, a bodily malfunction.

And most recently, for Lindsey, a strong young man until a year ago, it was a complete shutting down of all his muscles, eventually diagnosed as “progressive muscular atrophy.”

But just as his mom phrased it Sunday night, “now that Lindsey is well,” I know also that my mom is well, my dad is well, my baby is well, and one day I will be 100% well, too, in every way.

I just don’t yet know the form my crossing over will take.

Physically, that is. I do know the spiritual one.

I know it was a cross—a chosen one—and I know it has already taken me from death to eternal life (John 5:24).

I recently finished reading tuesdays with Morrie, a true story of Morrie Schwarz’ death from ALS and his weekly conversations with his previous college student Mitch Albom. While it wasn’t a Christian book per se, the principles that Morrie spoke of often had Jesus intrinsically written all through them. 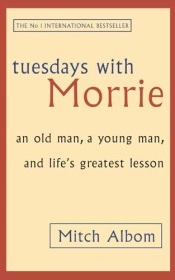 “The most important thing in life is to learn how to give out love, and to let it come in.”

Too often it takes coming face to face with a bad death to remember to live a better life—a life that’s already been chosen for us in Christ as abundant and eternal and Spirited.

Most of us won’t get to choose how we’ll die.
What we can choose is how we’ll live.

“‘If we know, in the end, that we can ultimately have that peace with dying, then we can finally do the really hard thing.’
Which is?
‘Make peace with living.’”

Thanks to all of you who prayed for Lindsey and his family. He has received his ultimate miracle. He is now fully healed. 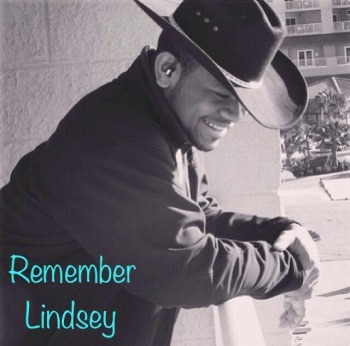 “Blessed be the God and Father of our Lord Jesus Christ! According to his great mercy, he has caused us to be born again to a living hope through the resurrection of Jesus Christ from the dead, to an inheritance that is imperishable, undefiled, and unfading, kept in heaven for you.”
1 Peter 1:3-4

36 thoughts on “You don’t choose how you’ll die”