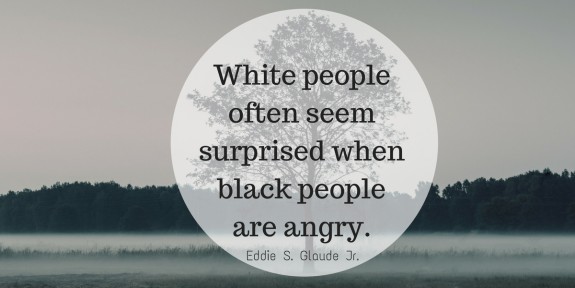 None of us think we’re racist.

And as students at Auburn University proved this week when Richard Spencer, an alt-right leader, rented a space to speak, students of all races joined together as #AuburnUnites. With one voice they spoke out to disapprove of racism of any kind.

Author and Princeton professor Eddie S. Glaude puts it like this,

“Overly racist acts [like calling an innocent child a n*****] are increasingly rare in this country; after all, it is decidedly out of fashion these days to be a racist.”

Maybe things are better. But we’re not there yet.

Just because racism may be more subtle in some ways (while in other ways, it’s still blatant), it still exists.

And just become some may tire of hearing it, racism won’t go away just because we don’t want to talk about it.

Or just as bad: if we refuse to believe it even exists.

“Our segregated lives and our deep fears keep the problems of black folk from coming into full view. And even while hidden, the devastation spreads like cancer. This is the way we deal with race matters in this country: willful blindness. Any other approach threatens our national sense of morality.”

How Race Still Enslaves the American Soul is the subtitle of Glaude’s new book, Democracy in Black. 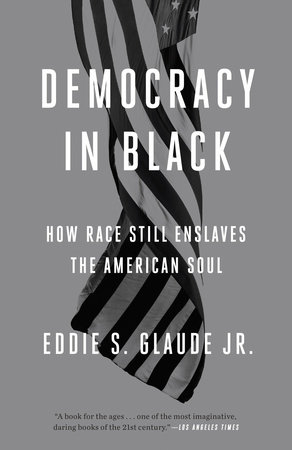 It’s a hard-hitter. It’s not a feel-good book. But it’s an important book if we’re serious about wanting to change.

Are whites valued more than blacks? Glaude proposes that this “value gap” still exists in America, saying that our racial habits reveal a belief that white people are valued more than others.

“Inequality comes from the habits we exercise daily—habits that aren’t revealed in racial slurs or blatant acts of discrimination, but in the choices we make and the lives we live, even when those choices and lives seem to have little to do with race.”

And even if not overtly, these soul-shattering habits still operate, often from leftover systems still in place from 50 or more years ago.

“These assumptions about black people and homeownership, about black folk and work, about crime, sex, education, health, and politics, are all rooted in an ugly racist history that we like to believe we’ve put behind us.”

What can we do about it?

Changes need to occur at broad levels: governments and institutions and businesses and schools.

But while we work on that, we can do things right where we are, in our own communities.

“Some issue, concrete and right in front of us, should be our focus.”

As always, listening is a great place to start. Have face-to-face conversations. Read widely from those outside our circles. Work for change in our local districts. Suspend our current beliefs to open up to more accurate ones.

And stop fearing young black men. One statistic quoted from Daily Kos contradicts the idea that white people are in danger from black people:

“The odds of a black person killing a white person are about 0.0000212. With those numbers, ‘[y]ou really have far more reason to be scared of say, getting on a ladder, than you do of getting murdered by the hoodie wearing teenager you see on the street. The fear is irrational.’”

As Glaude says, “White fear is the danger. Not black people.”

All our souls are at stake.

My thanks to Blogging for Books
for the review copy of this book.

8 thoughts on “Democracy in Black – Is Race Enslaving Our Souls?”