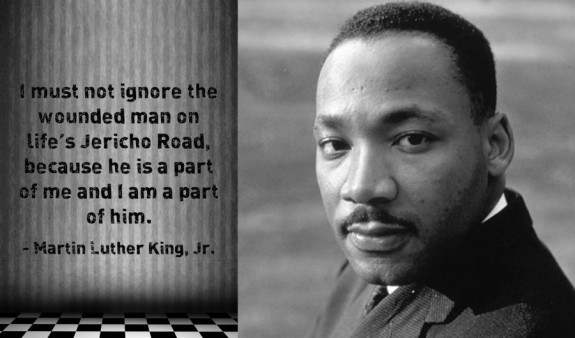 A disturbing statistic showed up Friday in this article by Jim Wallis in The Washington Post, “White Christians need to act more Christian than white.”

It was in response to this issue:

Have the killings of African American men by police been isolated incidents or are they part of a broader pattern of how police treat minorities?

Among white Christians (both Protestants and Catholics), 72% polled said they were isolated incidents.

Among black Protestants polled, 82% said instead that the treatment is indicative of a broader pattern.

What does this tell us?

White Christians need to be listening much closer to their black brothers and sisters. And believing what they say.

Jim Wallis puts it like this, “White Christians must start acting more Christian than white.”

“It is precisely because we white American Christians lag behind society as a whole in this extreme difference of perspectives that we should make every effort to get our own houses of worship in order — to open our minds to hearing, seeing and ultimately believing the accounts of black Americans. Only then will this gap begin to close, and only after that can we start to build a bridge to real justice and reform.”

What black families know are things that white families deny—that their black children are more likely to be perceived and treated as dangerous and guilty than their white counterparts.

As we celebrate this week the life and works of Dr. Martin Luther King, Jr., let’s listen again—paying better attention this time—to words he spoke decades ago but which remain true in 2016:

“No longer can we afford the luxury of passing by on the other side. Such folly was once called moral failure; today it will lead to universal suicide.

We cannot long survive spiritually separated in a world that is geographically together. In the final analysis, I must not ignore the wounded man on life’s Jericho Road, because he is a part of me and I am a part of him. His agony diminishes me, and his salvation enlarges me.”

“The church has a schism in its own soul that it must close. It will be one of the tragedies of Christian history if future historians record that at the height of the twentieth century the church was one of the greatest bulwarks of white supremacy.”

May we love each other enough to listen and believe.

Is it hard or easy for you to believe stories you hear of racism? Please share in the comments.

30 thoughts on “Do you believe what they’re saying? Blacks and whites in America”