It’s a touchy subject. I’m uncomfortable bringing it up. I’d rather ignore racial lines altogether—I know we’re all the same!—but sometimes if we want to know what we’re blind to on the outside, we need to ask an insider.

After reading about Auburn University commemorating 50 years of integration this year, I began wondering how today’s students feel.

What does racial discrimination look like now? Is it still among us?

So I decided to just ask. And prayed I wouldn’t look like a bigot because of the asking.

I sent a note to one of Jenna’s friends in AU Gospel Choir—Chris—a young African-American man that I’d already grown to admire. I considered him my friend, too.

Yet would approaching him with questions about discrimination mess that up? 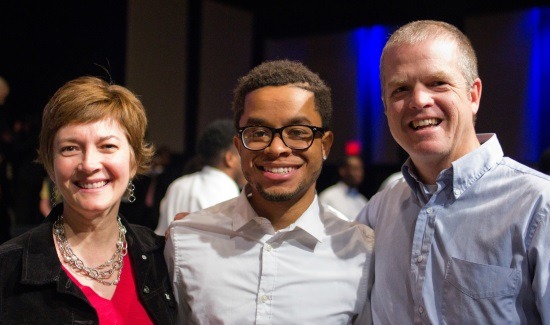 He couldn’t have been nicer in his response.

Yet I cried anyway.

It isn’t something he dwells on, but he’s aware of it when it happens.

Even though he was brought up to be open-minded, to see people as individuals, he knows not everybody else has been.

We know that in our homes is where most of it starts. What are we teaching?

As Chris said, “Nobody is born discriminating against one another, it’s something that’s seen and then learned.”

So I asked him a few more awkward questions; he answered each with grace and with assurance I could keep asking more. (And to be fair, I told him if he had any questions for middle-aged white women, ask away.)

As our conversations deepened, so did my respect for him. Not only because of his refusal to be crippled by the ups and downs he’s already experienced, but also because of the dreams he has for the future. To be a voice to younger kids; to be a better father one day than some fathers he has seen; to keep looking to God as the one true Father of all of us.

So did I learn more about discrimination? Definitely. It’s enlightening information to me.

But the greater joy was in learning more about a fellow human being. The outer journey—questions, words, knowledge—was good. But the inner journey was better—friendship, hope, connectedness.

Ultimately, unity and love is what will destroy discrimination.
One friendship at a time. 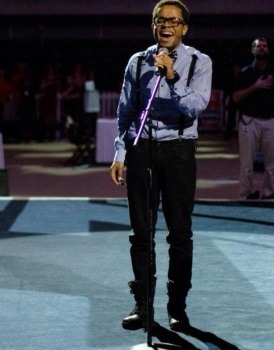 And now for a little bragging—it’s allowed because we’ve adopted Chris as our godson—here’s a link to Chris singing the National Anthem at one of two recent Auburn University athletic events.  Don’t you think he’s awesome, too?

Where do you still see discrimination?
What can we do about it?
Please share.

33 thoughts on “Discrimination—An inside view”