Last week my daughter Jenna let me help get her kindergarten classroom ready. We cut, sorted, and glued. And prayed.

She wants these babies to step into her room feeling loved from the first day on.

Her school is about 93% black and brown children, with most of the families lacking in resources most of us take for granted.

We may have come a long way with integration in our Alabama city. In 1963 little Sonnie Hereford IV went first. After initially being turned away when trying to enter first grade, six days later they let him in. His father, Dr. Sonnie Hereford IV, died just weeks ago at a great loss to our community. He won’t get to see the opening of Sonny Hereford Elementary later this year.

But we still have a long way to go.

Stories about segregation and discrimination in our schools continue to fill our our local news each week.

Are we still more separate than we are together?

I could hardly take it. 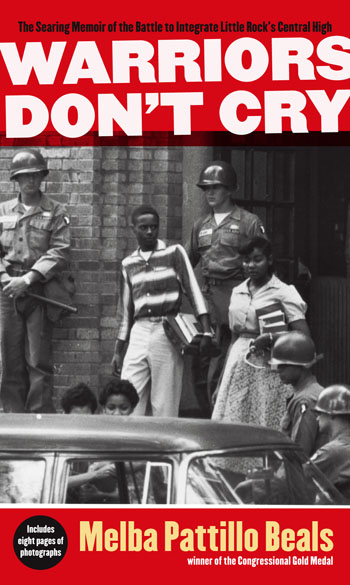 I wish everyone would read it.

Melba was one of the Little Rock Nine. They were nine African-American high school students who agreed to be the first to integrate the previously all-white Central High School in Little Rock, Arkansas, in September 1957. 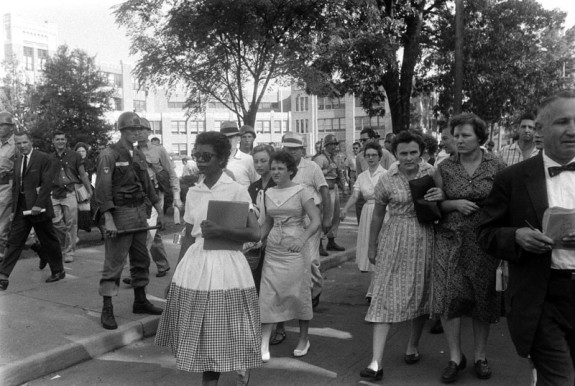 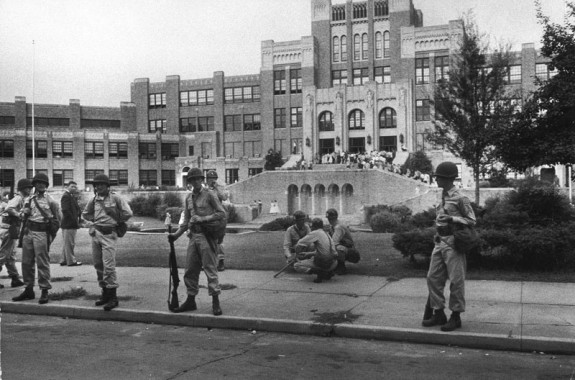 I doubt they knew exactly what they were stepping into.

“Besides, we had been told students of Little Rock’s richest and most important white families attended there. They were also probably very smart. As soon as those students got to know us, I had total faith they would realize how wrong they had been about our people.”

What a price they paid to go first. In attempting to bridge a gap between two separate groups of people, they sacrificed in many ways.

In her book Melba describes the horrible treatment they received from the white students and the faculty. Not only were racial slurs thrown at them every day, but they were physically hurt as well, while most of the faculty just watched passively.

Who Would You Be?

Melba learned she had to become like a warrior to survive.

“A new voice in my head spoke to me with military-like discipline: Discover ink sprayed on the contents of your locker—don’t fret about it, deal with it. Get another locker assigned, find new books, get going—don’t waste time brooding or taking the hurt so deep inside. Kicked in the shin, tripped on the marble floor—assess the damage and do whatever is necessary to remain mobile. Move out! Warriors keep moving. They don’t stop to lick their wounds or cry.”

Would I have had their courage?

I don’t know. Not likely. 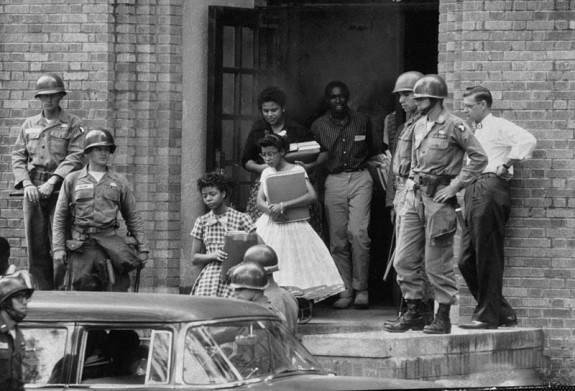 But those doing the abuse?

Would I have behaved so cruelly?

I don’t know that either, sadly. If I had been a white student at Central High in 1957, raised in an environment of ignorance and bigotry, perhaps I would have succumbed to the mob mentality, too.

I pray to God not.

But I’m wary of self-righteousness to claim I’d have behaved better.

The lesson is clear: Discrimination is poisonous. From every angle. Whether you’re being abused or are the one doing the abusing, it’s bad for the soul.

“If my Central High School experience taught me one lesson, it is that we are not separate. The effort to separate ourselves whether by race, creed, color, religion, or status is as costly to the separator as to those who would be separated.”

Despite the intolerance shown them, the Little Rock Nine went on to lead successful and productive lives in our country and around the world.

But those white teenagers? I wonder what happened to them. As they aged, did they regret their actions and attitudes? Or did they stay steeped in prejudice?

Here’s an interesting 4-minute clip of three of those now-grown teenagers, coming face to face with seven of the Little Rock Nine on an Oprah show in 1996.

As I watched snippets of the RNC last week, I noticed few black faces in the crowd. Out of 2,472 national delegates in Cleveland, how many were black? 18. Only double the number of the Little Rock Nine. (Draw your own conclusions about why.)

And in Jenna’s new class this year? It will be mainly one color too.

We’re not where we need to be. We must keep growing together, not apart.

We must keep attaching to each other, not separating.

Have you read Warriors Don’t Cry? I highly recommend it.

42 thoughts on “Are We Separating or Attaching?”