“Sometimes all it takes is for one person to start something good in your community. In your community, that person could be you.”
– Hester Bass, Seeds of Freedom

I slid into the folding chair only minutes before the speaker stood up to introduce the author of the day. An elderly white man already seated motioned me in; he was alone and didn’t mind sharing his row with me.

I looked around the room at the public library. Quite a mix of people had gathered on this Sunday afternoon.

We wanted to hear children’s author Hester Bass. Her latest book, Seeds of Freedom (a multi-award winner), centers on integration in the 1960s in Huntsville, Alabama, next door to my home town. 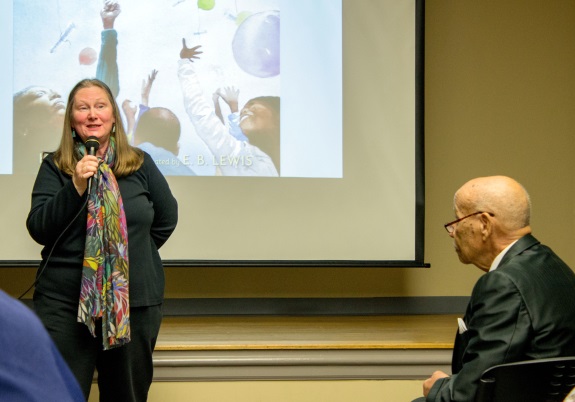 I didn’t even know the stories she told, sitting today in a public library that blacks wouldn’t have been allowed to use back then.

They were quiet stories overall. But they were sad stories.

They told of little girls not being able to try on Easter dresses in stores. Not allowed to try on shoes. They’d trace their feet at home, bring the tracing to the store, and purchase a shoe that roughly matched.

The stories were also of little 6-year-old Sonnie Hereford IV, walking to the all-white Fifth Avenue School with his daddy, the physician Dr. Sonnie Hereford, on a September morning in 1963, only to discover the Huntsville schools had been closed by then-Governor George Wallace rather than mix black and white children in the same schools. 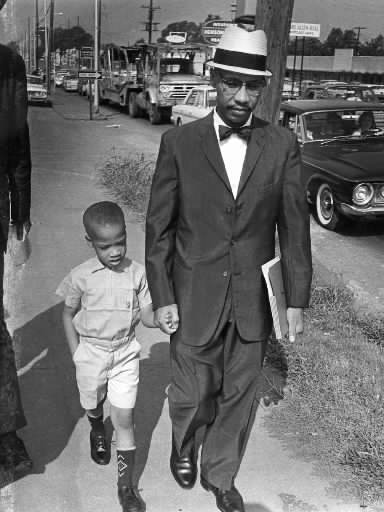 I saw an older black gentleman in front of me wipe an eye.

And so did the white man beside me.

But the stories told were also of another day, a few days later on September 9, 1963, the day when Sonnie was allowed in school, becoming the first black child enrolled in a white public school in Alabama. Stories of how he made friends with other boys and girls. Stories of peaceful Civil Rights demonstrations around town. Stories of sit-ins at a lunch counter nearby that did not erupt into violence.

The stories didn’t match the ones that happened 50 years ago this week in Selma, Alabama, 3 hours further south. On March 7, 1965—otherwise known as Bloody Sunday—600 peaceful marchers were attacked by state troopers and officials as they were marching across the Edmund Pettus Bridge. (If you haven’t yet seen the movie Selma, go see it.)

People will gather in Selma again this weekend to remember that day and the days that followed. Including President Barack Obama and former President George W. Bush.

Listening to Hester Bass in the library now, I was thankful that Huntsville didn’t share a similar history of violence, even though discrimination occurred then and now in other ways, ways still painful and just as wrong.

At the end of Mrs. Bass’s speech and the reading of her book, she introduced two special guests: Sonny Hereford IV (now in his 50s) and his father Dr. Sonnie Hereford (in his 80s).

They stood and waved, the rest of us snapping our cameras and not knowing whether to laugh or cry from the weight of the moment.

Now I want us all to understand.
To keep moving forward against injustice.
To each plant a seed of freedom, wherever it—wherever we—may grow.

Do you have memories of integration? Discrimination? Let’s talk in the comments.

36 thoughts on “Plant your seed of freedom”