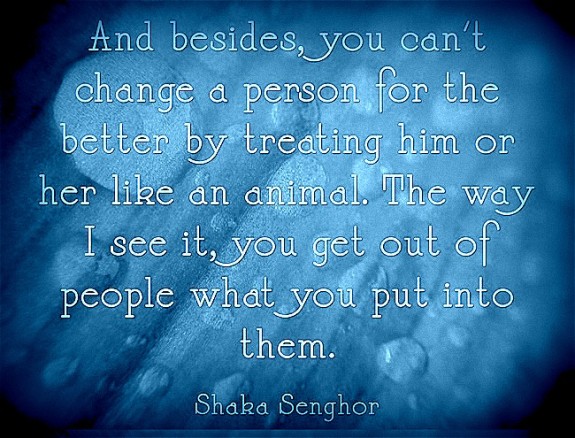 Who Is Your Person?

There is someone in your life right now that needs something you can give.

You’ve been judged before. You’ve been mistreated. You know how it feels when someone looks on you with disdain (even if it’s just another driver who thinks you pulled out in front of them in traffic).

But imagine if you were humiliated every day, like a wild animal undeserving of kindness.

I fnished the last page yesterday of Shaka Senghor’s book, Writing My Wrongs, about his time in prison for murder. And let me tell you what I heard: there’s a whole population of people who are often treated as animals every day. Those in prison. 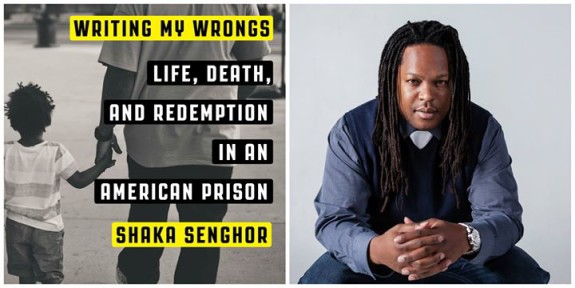 Crimes do need consequences, yes. But inhumane treatment? No. No human deserves abasement.

And Dignity for All

Everyone should be treated with basic dignity simply because of who they are: another living being created in the image of God.

But another reason we should degrade no one is because of who we are, another living being created in the image of God.

Let’s be concerned today not only for those souls in homes and schools and, yes, prisons, being yelled at and spit on and struck, but also be concerned about those souls delivering the shame.

Jesus’s Golden Rule (Matthew 7:12), found in every major religion as an ethic of reciprocity, “do to others as you would have them do to you” is life-affirming on more than one level.

And we are more like Jesus when we live like Jesus did . . . delivering good news to the poor, announcing freedom to the burdened, giving sight to the blind.

“The Spirit of the Lord is upon me, because he has anointed me to proclaim good news to the poor. He has sent me to proclaim liberty to the captives and recovering of sight to the blind, to set at liberty those who are oppressed.”
Luke 4:18

Give Another Chance Today

Not everyone can be given a new opportunity to start over if they’ve destroyed a relationship beyond recognition, but they can still be acknowledged as a fellow human being, with potential for growth, even if we have to release them from our life and move forward without them.

And for those who are still eligible for a second (or third or hundredth) chance as active participants in our lives, let’s give them today another dose of forgiveness, of faith, of grace. I know I want another dose. And another. And another.

How we treat others is also how we are treating ourselves.

Think about one thing you can do today to help honor someone’s dignity. Maybe it’s just making eye contact at a stop light or smiling at a co-worker or texting an encouraging word to someone who’s been disappointed..

Let these words from Shaka’s book (I highly recommend you read it!) motivate you even more.

Quotes from Writing My Wrongs

“Most of us had come from environments where disrespect, violence, and abuse were the norm. We were used to it—and besides, you can’t change a person for the better by treating him or her like an animal. The way I see it, you get out of people what you put into them, so the officers were only making their jobs harder.”

“I wanted someone in that restaurant to stand up and rescue me from the streets. I wanted someone to see a lovable, smart little boy who was hurting inside. I wanted to cry out, but I knew I couldn’t because I had vowed never to allow anyone to make or see me cry again. Deep down, I was ashamed of my own fear.”

“And that’s the thing about hope. In the moment when you feel it, it can seem foolish or sentimental or disconnected from reality. But hope knows that people change on a timeline that we can’t predict. We can never know the power that a word of kindness or an act of forgiveness will have on the person who needs it most.”

“What I now know is that my life could have had many outcomes; that it didn’t need to happen the way it did. I was once an angry, lost teenager holding a community hostage to fear and greed. Thousands of youth are making the same mistakes every day. But we weren’t born that way. None of our children are born that way. And when they get that way, they aren’t lost for good.

That’s why I’m asking you to envision a world where men and women aren’t held hostage to their pasts, where misdeeds and mistakes don’t define you for the rest of your life. In an era of record incarcerations and a culture of violence, we can learn to love those who no longer love themselves. Together, we can begin to make things right.”

What’s your one small thing today to restore someone’s dignity who is down? Please share in the comments.

Here’s my one small thing. Within two hours of finishing Writing My Wrongs, wondering what in the world I could actually do about it all, this opportunity popped up on my Facebook wall: 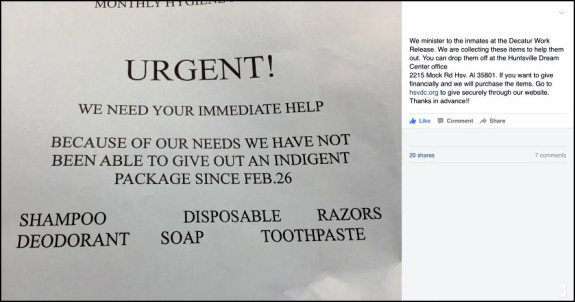 So for just a few dollars, I bought some toiletries to drop off to local inmates. It’s definitely not much, but I thank God for giving me something I could do. 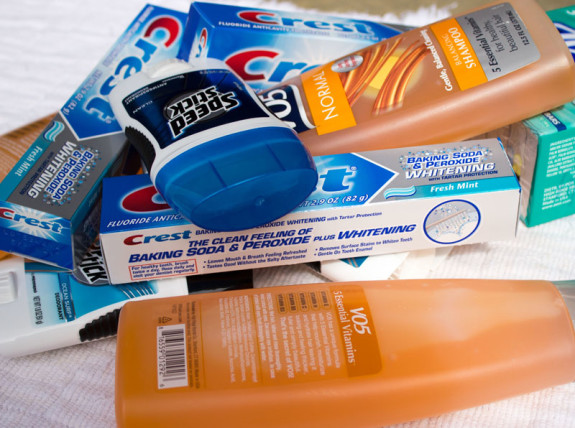 22 thoughts on “Stop the Humiliation and Restore the Dignity”