“Silence feels safer, but in the long run, I know that it is not. . . . As a society, we pay a price for our silence.”
– Beverly Daniel Tatum

If you keep up with current events, you know the storming of the U.S. Capitol last week has overtaken a lot of other news (including over 375,000 covid deaths in the United States).

Should we keep talking about it with each other? Should we contain our conversations to just the people in “our” group? Do we let it go altogether?

Everybody has an opinion on the right thing to do.

Maybe you don’t make a connection between the events that unfolded last Wednesday in Washington, D.C., and racial injustice.

Maybe the right thing for you is to be quiet about it. If so, do that. That’s between you and God.

But for me? I need to keep a conversation going. About white supremacy. About inequity. About racial injustice. That’s something I decide with God myself.

Because this is what happened to me . . .

I shared a quote on social media last Thursday by Ibram X. Kendi about the evidence of white supremacy in last week’s events at the Capitol.

But a dear Christian woman that I respect and love sent me a message. She told me I was being divisive by sharing the quote.

I did a heart-check. Was I being divisive? I didn’t think so. I was shining a light on racial injustice.

Now my feelings were hurt.

And that’s when I realized: This is my white privilege. What a perfect example.

Every time a white person calls me out for pointing out white privilege, my feelings are temporarily hurt. BUT . . . not my body. Not my income. Not my housing. Not my education. Not my healthcare. Not my job. Not my family.

ONLY my feelings. That’s all.

This is white privilege.

And this is why I can’t stay silent.

The real division isn’t caused by bringing up uncomfortable topics like white privilege.

The real division is caused by our lack of inaction to change systemic racism which results in real harm to Black people. That is the serious stuff.

And can we change it if we refuse to bring it up?

I love Jemar Tisby’s approach to combating racism in his new book How to Fight Racism: Courageous Christianity and the Journey toward Racial Justice (get it; read it!). Jemar writes from his Christian beliefs, but it’s helpful information for all people. His message is practical. His words are clear. 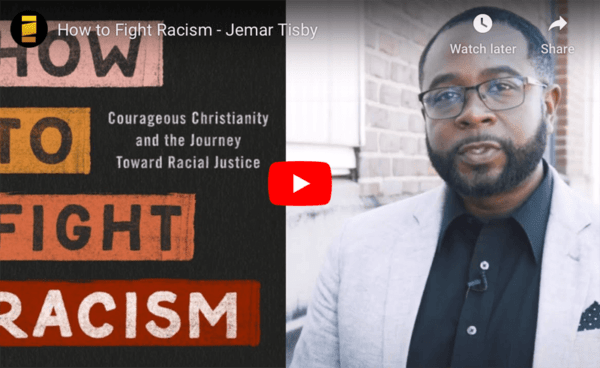 The ARC of Racial Justice

In How to Fight Racism, Jemar shares this head-heart-hands framework he created: The ARC of Racial Justice. 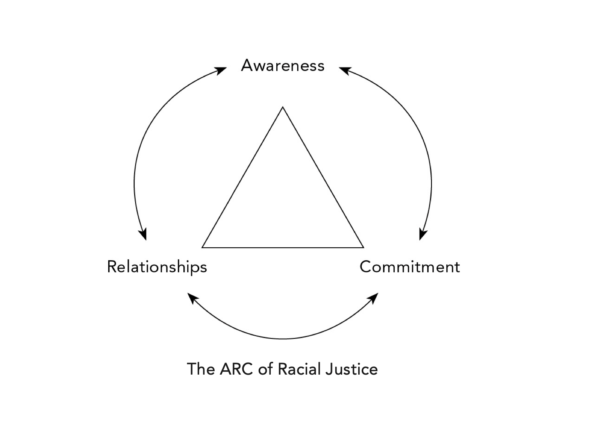 This is the “head” stuff. Educate yourself. Get the knowledge and information you need to assess what’s really happening. Get accurate data so you’ll know what to do next. Explore your own racial identity. Jemar suggests writing your own racial autobiography.

Study the history of racism and the church.  A great place to start is Jemar’s first book, The Color of Compromise: The Truth about the American Church’s Complicity in Racism.

Even though it makes us uncomfortable, Jemar says, “Christianity must be part of the conversation about racial justice because, in the context of the United States, white Christians often have been the ones responsible for racial injustice.”

Because, Jemar says, “Christianity has within it the moral and spiritual resources to rebel against racism and white supremacy.”

Let your “heart” be touched. Having authentic relationships with people who are different than us motivates us to combat racism.

And remembering that all of God’s children are made in his image helps our hearts continue to grow, even when things gets sticky.

Don’t stop with this common refrain: “I have Black friends.”

I’ve messed up many times. I’ve said stupid things. Sometimes I’m aware of it as soon as the words come out. It’s humbling. Many more times, I’m likely still clueless about my ignorant comments. I’m grateful that my friends have been kind about it. I have a lot to learn from them about being gracious.

This is the “hands” section. This is where Jemar answers the most frequent question he gets about fighting racism: “What do we do?” Knowing and feeling are important. But doing is crucial. Jemar answers with lots of practical advice, including deconstructing laws that unfairly affect people of different races.

This is the hardest section for me. I often feel too small and too powerless to make a difference. But that’s not true. No one person can change the whole system. But we each can do something.

I just need to do my something. Every step taken in the right direction is one step closer to reaching equity.

So do we keep talking about it—all the ways racial injustice happens in our society—and keep doing things to change it?

For me, the answer is yes. It’s how we create unity.

Here is a great analogy from Jemar talking about rain. You can also hear it on his series of mini-podcasts on “Pass the Mic.” 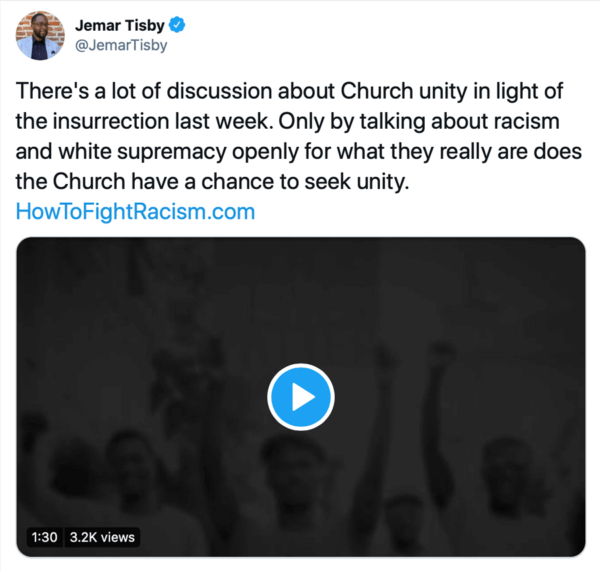 “I once heard someone put it this way, that when you say to someone that talking about racism is causing division, it’s like telling a person who says it’s raining that they caused the rain. They didn’t cause the rain; they’re just describing the situation.

So to my friend who called me out for talking about white supremacy, I agree with you here: “There is enough anger and hatred.” Exactly. We don’t want to create more.

However, I disagree that refusing to talk about it will make the anger and hatred go away. It won’t disappear if we pretend it doesn’t exist.

“Racial justice for white people is often like a light switch. You can turn it on or off whenever you feel like it.

But for people of color, racial justice is more like a smoke alarm. It always has to be on just to keep safe and avoid danger.”
– Jemar Tisby

I can’t in good conscious keep flipping the light switch off just because I can.

I want to keep the light on.

Read a sample chapter here of How to Fight Racism.

You can get the book here.