It seemed like an ordinary Saturday at Outdoor Church. It was 2012. Jeff and I showed up.

And in an ordinary way, we met a man named Walt.

I knew something was special about him, this homeless man who sang “Amazing Grace” like he fully understood it. 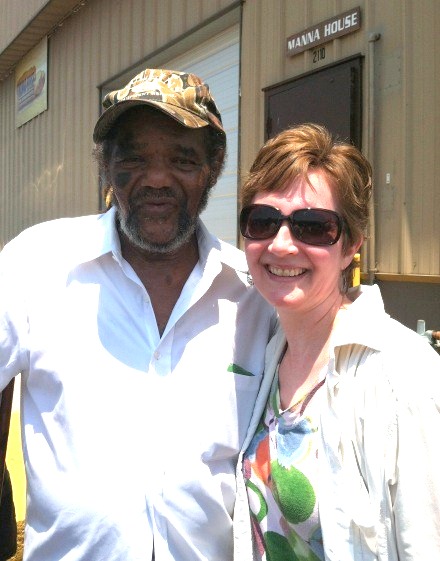 2012, Walter and me after Outdoor Church

But I didn’t know how much his specialness was going to stick with me.

Walt and I continued doing church together once a month at Outdoor Church when we each could make it. Occasionally we’d see each other during the week at Manna House if he needed food. Or at the annual King’s Banquet held at The Rock Family Worship Center where we serve our homeless guests as royalty. 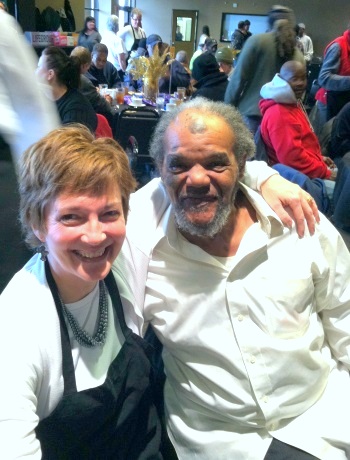 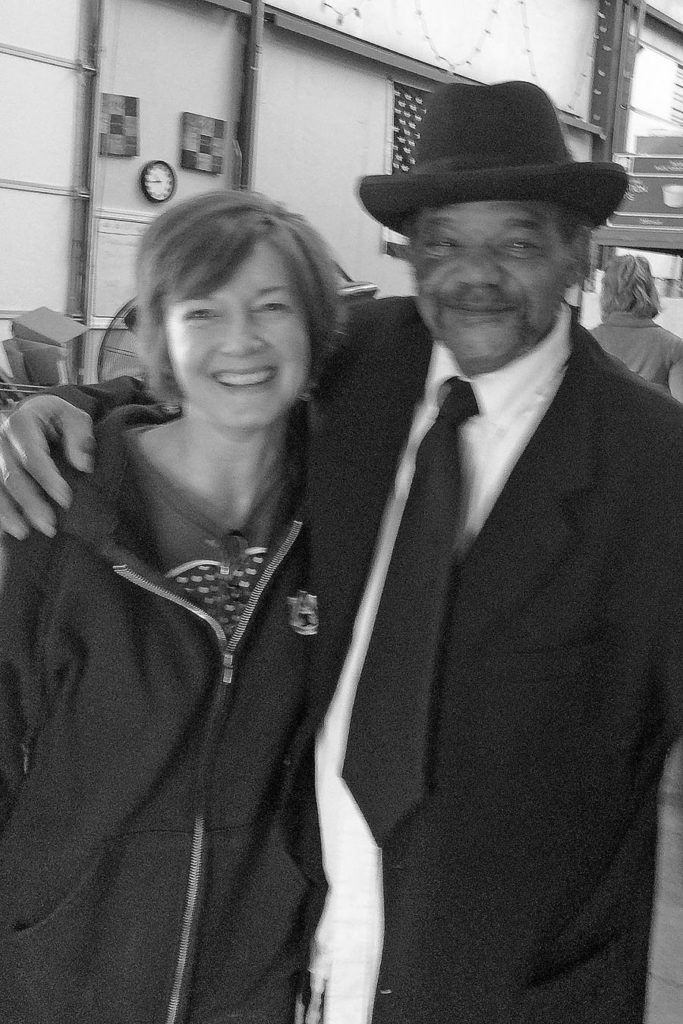 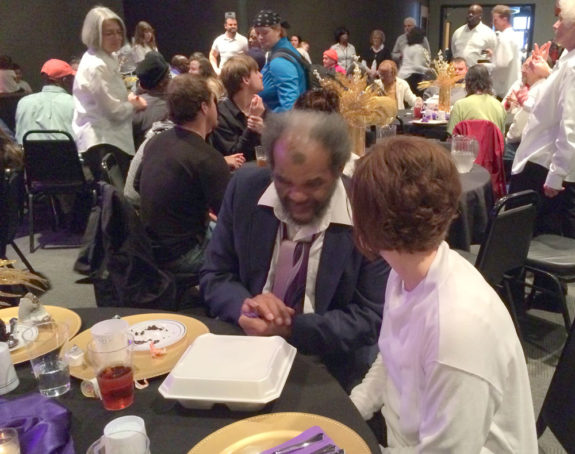 2016, Another King’s Banquet with Walt and me

Then one day I heard good news. Walt got housing. His homeless days were over.

A few years later, another ordinary Saturday, I showed up at our Huntsville Dream Center for Servolution, an outreach into our community to show the love of God.

A four-year-old girl named Aleesa and her mom volunteered for the same assignment that morning.

I didn’t yet know Aleesa or her mom. Neither did Walt.

But all that was about to change. In big ways.

Aleesa, her mom, and I were put on the same team. We were to deliver goodie bags to a public housing unit – the one where Walt lived.

Door to door we knocked together. Eventually we knocked on Walt’s door. That was when Aleesa and Walt first met. She and her mom connected with Walt immediately.

And they stayed connected. They became friends.

I’d even say they became family.

Anybody can hear the beginning of their story. Because Aleesa wrote it down. With the help of her mom, she published their story in a book, The Day I Met Walt. 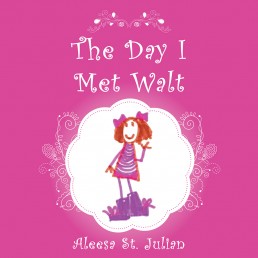 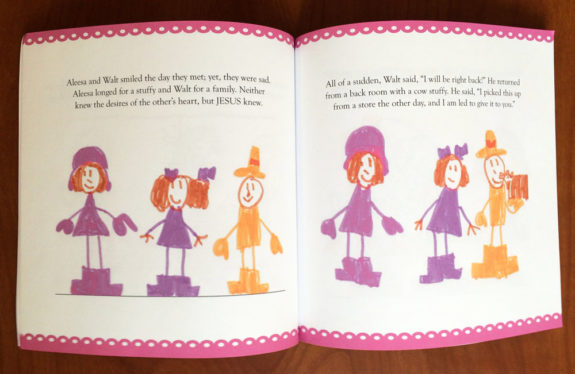 On yet another Saturday, last October 2016, Aleesa and Walt held a book launch.

Walt couldn’t have been more proud. He was dressed in his best and wore his biggest smile. Many of us lined up at the Huntsville Dream Center to get our copies autographed by Aleesa and Walt. 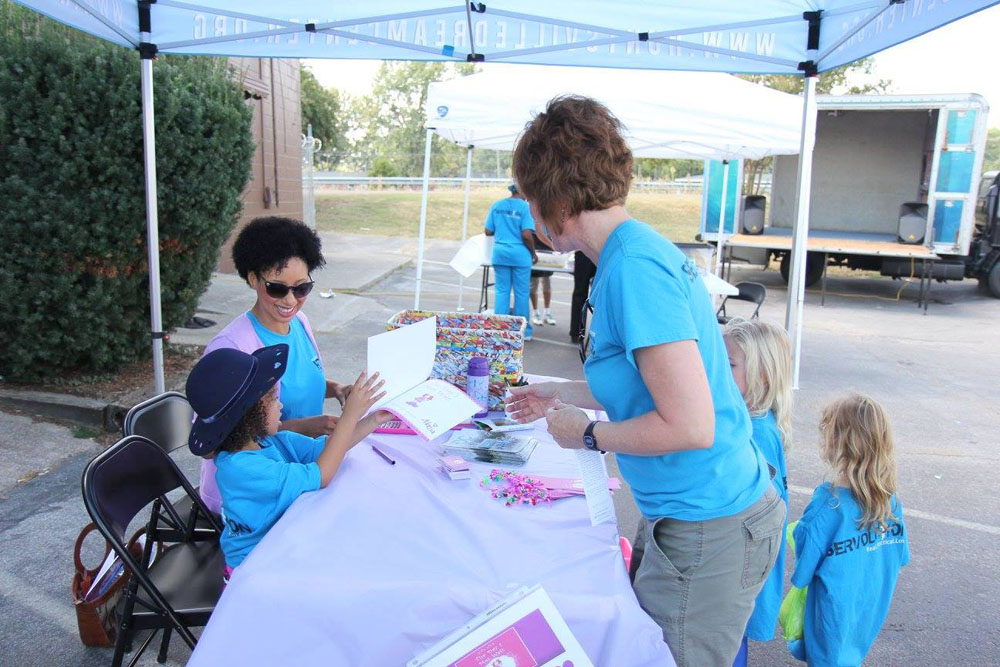 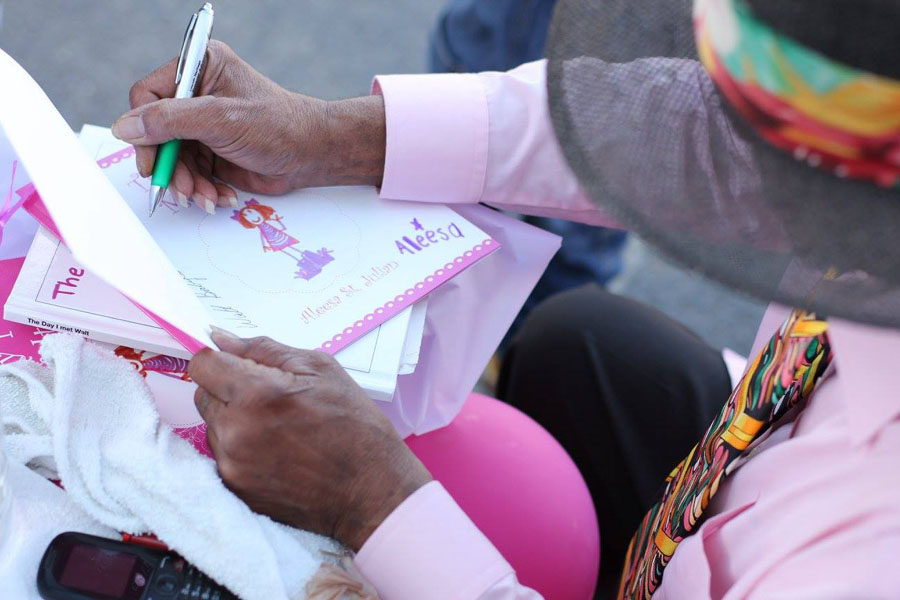 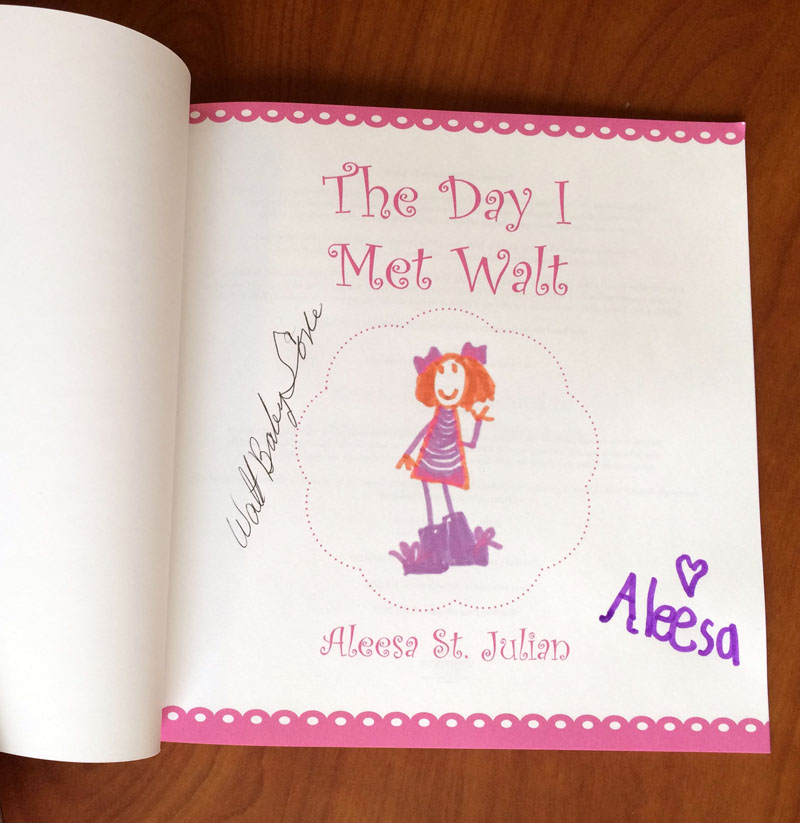 I treasure my copy.

But the Story Continues

But thanks to Aleesa and her book, his story lives on.

Aleesa now reads her book at schools and churches across our area, sharing her love for Walt and God’s love for us.

A few weeks ago, she read her book to the students where my daughter teaches. Jenna’s 1st graders sat mesmerized as Aleesa read her book, with her mom by her side. Here was a fellow 1st grader, just like them, who had written a real book. We gave them each a copy of their own to take home. 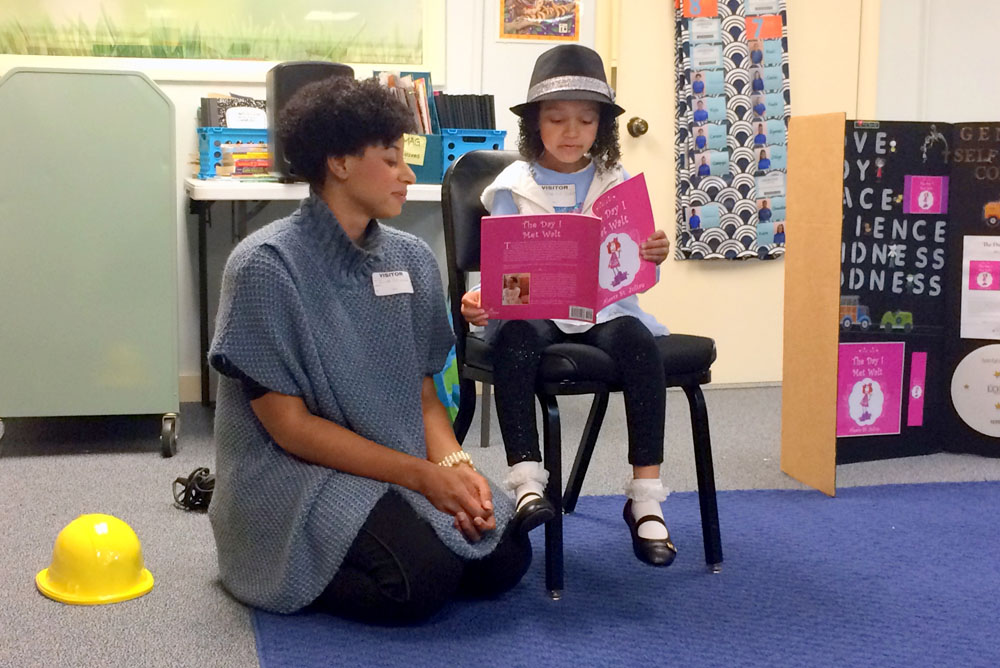 As Aleesa tells it, she may be little, but she serves a big God. I can hear Walt in my head, sharing that same sentiment.

Who Is in Your Story?

I know Aleesa will continue to do amazing things in service to her big God. She has a godly family leading the way. I’m grateful for the day I first met them and for the encounters we’ve had since.

We never know what will happen next when we meet a person. Aleesa and Walt couldn’t have known how their paths would merge on the day they first met. But I’m sure glad they did.

The day Aleesa met Walt not only changed their lives, but it continues to change other lives as well.

Stay alert to who you meet this week. It might seem like an ordinary day, but it could be the start of an extraordinary story.

When have you had an “ordinary” encounter that turned out to be extraordinary? Please share in the comments.

You can purchase Aleesa’s book, The Day I Met Walt, at Amazon or at Aleesa’s homepage. A portion of the proceeds are donated to the Huntsville Dream Center.

I wrote more about Walt here:

58 thoughts on “The Ordinary Day I Met an Extraordinary Story”