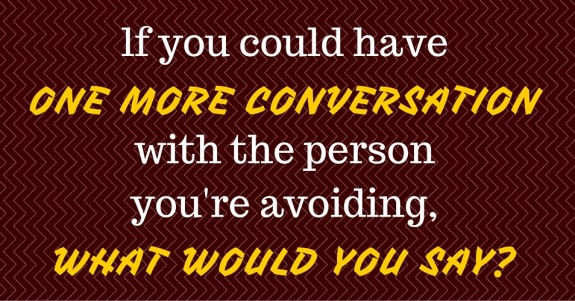 It’s raining, so we stay inside.

We wait for others to trickle into Manna House on the first Saturday morning of each month for Outdoor Church.

Walter’s feet hurt. He pulls up a folding chair, and I sit in one nearby. We’ve known each other for over three years now, but much of his life is still a mystery to me.

I ask him if he has children. Yes, he says. But he doesn’t see them much, even though they live fairly close. He’s tried calling—over and over—but they rarely want to talk.

Walter doesn’t have a car so he can’t drive to their homes (although he is quite proud of his bicycle).

Although I lack details, I assume his past damaged his relationship with the kids, the family.

I didn’t know him back then. I don’t know if he was a good father, a bad father, or even a father at all to his kids when they were growing up.

All I know is now.

And what I see now is a dad who wants to talk to his children.

I wish we all could talk to each other.

We probably all have silent relationships somewhere. Relationships that perhaps once were full. Close. Caring.

But through time or distance or weakness or pride or circumstances, the conversations either gradually faded away or abruptly stopped all at once.

The silence that remains reaches deep. The avoidance weighs heavy.

I wonder if death will take Walter before he can reunite with his kids. I pray not. I hope he still has enough years left—and that his kids have enough heart left—to repair their broken relationship.

Because all relationships—even cracked ones, even ones separated by death—are eternal.

Do we have it in us to say hello?

If we could have one more conversation with the person we’re avoiding, what would we say?
Can we try?
Will we?

[Click here if you can’t see the Adele video, “Hello”]

Do you have a relationship you’d like to repair before it’s too late? Please share in the comments.

42 thoughts on “Who are you avoiding?”