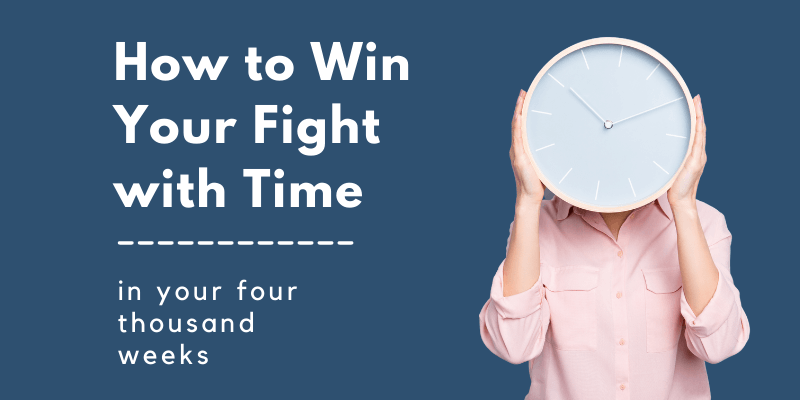 When Everything Slows You Down

The elevator still isn’t here. We’re stuck on the 8th floor lobby. We need to get down to the 1st.

My 3-month-old grandson has been a champ as we delivered free meals from apartment to apartment on the 1st floor up to the 8th.

He’s obliged us for almost two hours already, letting strangers ooh and ahh over him, smiling as the older ladies kiss his head, and sleeping when necessary as Jenna holds him on her chest in his carrier. It’s been a good, although hot, Monday afternoon.

But every baby has his limits. We don’t want to overstretch Henry’s. He’s almost due for his next feeding. Now that we’ve successfully given away all but the last two boxed dinners, it’s time to buckle Henry back into his carseat and take him home.

Yet everything is slowing us down.

From our 8th floor view, we see an ambulance parked out front. It’s blocking our car, if we ever get back to it.

Now the elevator finally arrives. But it’s too full for us and our cart.

We see a friend, Captain, inside the elevator in his wheelchair. We hold the elevator doors open to ask Captain if he wants a spaghetti dinner. He does. I offer our final two boxes. He says yes.

But when I hand them over, Captain says no. He doesn’t want to carry them himself. “Bring them to me on the 3rd floor,” he insists.

The elevator doors snap closed. Down Captain goes. But here we still stand. And instead of going home, we need to make yet another stop on the 3rd floor to take these final two meals to a grumpy old man.

I tell Jenna I’ll take the stairs down to the 3rd floor, as she waits for the next available elevator. She says no, she’ll walk down with me.

We pull open the heavy stairway door and leave the daylight of the 8th floor lobby. We step into the faint darkness of the stairwell.

I start complaining. We trudge down dirty stairs for five flights, stepping over dried spaghetti noodles on the landing, avoiding touching the handrail at all costs.

But Henry is fine. No tears. No crying.

Can We Squeeze By?

We finally exit the stairs to enter the 3rd floor lobby. But it’s unusually crowded. Now what?

We see two paramedics. They’re standing by someone strapped onto their stretcher, wrapped tightly in a blanket. A few bystanders are watching.

I see the tousled hair of the patient from behind. It doesn’t look like anyone I know.

Can we just squeeze in front of this crowd and move on by? I want to get these two meals delivered to Captain and head home before Henry gets hungry for his own meal.

But as we walk past, we turn and look at the man on the stretcher.

D is one of our friends with cancer. He didn’t answer his door when we knocked an hour earlier. A medical worker came to the door instead. We asked him if D wanted a meal today, and D told him to tell us no thanks.

So we had walked on.

And now we see D here, being wheeled away to the hospital.

We call D’s name. We want him to know we see him. We don’t know if he recognizes us or not, but we tell him we’ll be praying for him. That we’ll be sending good thoughts his way. That we love him.

The elevator opens up to the 3rd floor lobby. And just like that, D is whisked away. He’s gone.

I just stand there. I’m stunned.

I almost missed this sacred moment.

If we hadn’t had to make this unexpected stop on the 3rd floor to deliver these final two meals to grouchy ol’ Captain, we would have missed seeing D.

We wonder if we’ll ever see him again.

But we were given this one final opportunity. An unexpected one. An unplanned one. One I’m very grateful for.

Thank you, grumpy old man, for asking us to come down to the 3rd floor to give you your meals.

Perhaps the best way to win my struggle with time is to cry uncle. To admit defeat.

When I stop trying to manage time too tightly, I can accept its finitude (and my own). I can be content with its limits.

And I can accept what God brings me in the moment.

We deliver our final two meals.

And Henry never cries a minute.

I obviously continue to wrestle (and lose) the battle of valuing productivity at all costs. I just finished a wonderful new book that helps win the fight against time.

“Assuming you live to be eighty, you’ll have had about four thousand weeks.”
– Oliver Burkeman, Four Thousand Weeks: Time Management for Mortals

How do I want to spend my four thousand weeks (assuming I get that many)? I like what the Burkeman says in Four Thousand Weeks:

“…approach life not as an opportunity to implement your predetermined plans for success but as a matter of responding to the needs of your place and your moment in history.”

My moment in history on Monday was to be on the 3rd floor lobby at the exact moment that D would be there.

I didn’t plan that. But I like to think God nudged me toward that holy moment, that single moment in time to say good-bye to a friend that I might not see again (although I hope I do!).

It was a moment outside of time, outside of the “existential overwhelm” I often feel of having too much to do and not enough time to do it.

“Once you truly understand that you’re guaranteed to miss out on almost every experience the world has to offer, the fact that there are so many you still haven’t experienced stops feeling like a problem. Instead, you get to focus on fully enjoying the tiny slice of experiences you actually do have time for—and the freer you are to choose, in each moment, what counts the most.”

Four Thousand Weeks isn’t a spiritual book per se, but wow, it spoke to my spirituality a great deal.

“At the end of your life, looking back, whatever compelled your attention from moment to moment is simply what your life will have been. So when you pay attention to something you don’t especially value, it’s not an exaggeration to say that you’re paying with your life.”

I want to pay attention to people, to God-moments, to opportunities to love and be loved. Not just how to increase productivity and efficiency.

“This dream of somehow one day getting the upper hand in our relationship with time is the most forgivable of human delusions because the alternative is so unsettling. But unfortunately, it’s the alternative that’s true: the struggle is doomed to fail.”

I’ll never win my struggle with time, to cross off the last to-do item, to leave this world with a clean house. It’s only in the giving up—the accepting of reality—that my victory comes.

The best way to use my four thousand weeks? To use this minute well. Fill it with love. Get and stay attached to the people inside of it.

And do it all again in the next minute.

And the next and the next. . . . until my four thousand weeks (more or less) are all used up.

UPDATE
Monday would indeed be the last time I would see D. I received news that he passed on Saturday. He did not get his four thousand weeks. I will surely miss him.

Do you struggle too much with wanting to be productive and efficient with your time, too? Share in the comments.

16 thoughts on “How to Win Your Fight with Time . . . in your four thousand weeks”