There are incredible memory capacities latent within all of us, but if you want to live a memorable life, you have to be the kind of person who remembers to remember.
– Joshua Foer

When’s the last time you memorized a phone number?

When you can add it to your phone’s memory, or google it, or ask someone else, why bother to memorize?

If you can outsource information, why internalize it?

There are lots of things I don’t want to store in my memory. Next week’s grocery list. Street addresses. To-do lists.

So I store them elsewhere.

But some things I do want to have with me all the time. That’s one reason I memorize scripture. I want the Word, the truth, his words, as deep inside me as they’ll go.

Mere reading is not necessarily learning—a fact that I am personally confronted with every time I try to remember the contents of a book I’ve just put down. To really learn a text, one had to memorize it. As the early-eighteenth-century Dutch poet Jan Luyken put it, “One book, printed in the Heart’s own wax / Is worth a thousand in the stacks.”
– from Moonwalking with Einstein

Joshua Foer was a journalist in 2005 sent to report on the USA Memory Championship, an annual contest held each spring in New York City. He became so enthralled with the abilities of these contestants who had self-professed “average” memories—they memorized poetry, random words, names and faces, speed numbers—that he chose to learn their memory techniques as well.

A year later, he entered the competition himself. And won. 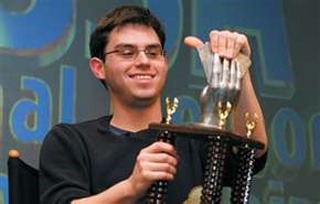 Moonwalking with Einstein: The Art and Science of Remembering Everything chronicles Foer’s journey of how and why he entered the memory culture, and what he learned while there. (The title is part of his mnemonic device to memorize a deck of playing cards.)

I love this book.

It’s not a how-to book on memorizing, although he does give tips.

Monotony collapses time; novelty unfolds it. You can exercise daily and eat healthily and live a long life, while experiencing a short one. If you spend your life sitting in a cubicle and passing papers, one day is bound to blend unmemorably into the next—and disappear. That’s why it’s important to change routines regularly, and take vacations to exotic locales, and have as many new experiences as possible that can serve to anchor our memories. Creating new memories stretches out psychological time, and lengthens our perception of our lives.

Rather it’s more of a behind-the-scenes look at this amazing capacity we possess (and sometimes lack) for remembering.

Here’s an excerpt about Raemon Matthews, an American history teacher in the South Bronx who trains a group of students, the “Talented Tenth,” to memorize historical dates and facts, then enters them in the U.S. Memory Championship.

“I don’t use the word ‘memory’ in my class because it’s a bad word in education,” says Matthews. “You make monkeys memorize, whereas education is the ability to retrieve information at will and analyze it. But you can’t have higher-level learning—you can’t analyze—without retrieving information.” And you can’t retrieve information without putting the information in there in the first place. The dichotomy between “learning” and “memorizing” is false, Matthews contends. You can’t learn without memorizing, and if done right, you can’t memorize without learning.

Part science, part anecdotal, part philosophy, Moonwalking with Einstein will encourage you to be more mindful of things you don’t want to forget.

But after having learned how to memorize poetry and numbers, cards and biographies, I’m convinced that remembering more is only the most obvious benefit of the many months I spent training my memory. What I had really trained my brain to do, as much as to memorize, was to be more mindful, and to pay attention to the world around me. Remembering can only happen if you decide to take notice.

Foer also tells of visits he made with those who had horrible memories and what he learned from them. This is what he learned after spending time with EP, possibly the most forgetful man in the world, an amnesiac who could remember nothing (including, graciously, that he had a memory problem) except his most recent thought.

Our memories make us who we are. They are the seat of our values and source of our character. Competing to see who can memorize more pages of poetry might seem beside the point, but it’s about taking a stand against forgetfulness, and embracing primal capacities from which too many of us have become estranged. That’s what Ed had been trying to impart to me from the beginning: that memory training is not just for the sake of performing party tricks; it’s about nurturing something profoundly and essentially human.

I recommend this book to others who want to “take a stand against forgetfulness.” Or who want to “nurture something essentially human.” Or who simply enjoy fascinating stories.

Watch Josh Foer’s TED talk here on “Feats of memory anybody can do.”

Or listen to this fascinating NPR podcast about “Memory Games.”

How’s your memory? What tricks do you use to remember things?

11 thoughts on “Why memorize? Review of “Moonwalking with Einstein””