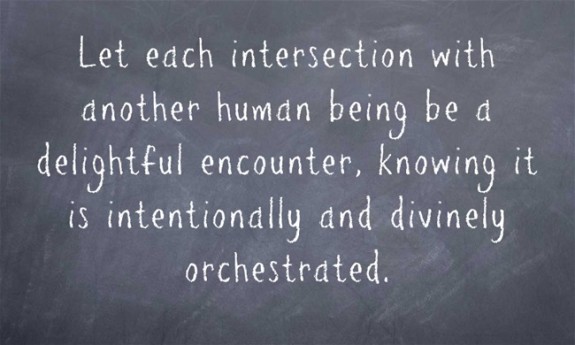 DQ was sitting at the table with Violet, one of my long-time friends. DQ looked young, maybe early 20s. He was new to me. I wanted to know his story.

Those seated around the beautiful tables this past Saturday afternoon were special guests for the annual King’s Banquet. They were from our homeless community and nearby housing projects, here by request to be treated to a delicious catered meal, to be shown the love of Jesus, and to embraced by grace in friendship. 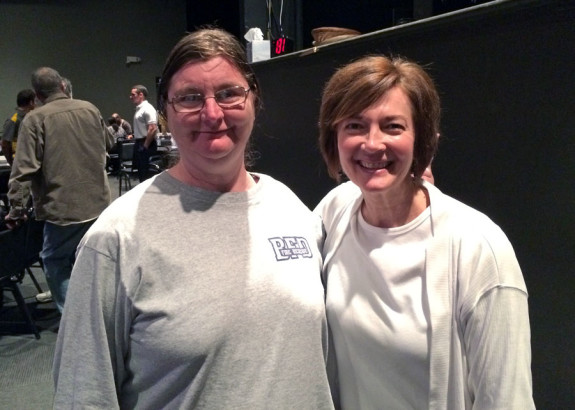 DQ said he was born in the Bronx, but was adopted by a Christian woman and she raised him in a small town in Alabama. He said she worries about him, always wanting to know when he’s coming home to visit. “In March,” he said, “I keep telling her I’ll see her then.”

How did he end up in north Alabama? Work brought him here.

But what brought him to homelessness? I didn’t want to ask directly, but I wondered.

What I could ask was this: What’s been the hardest thing about living outside? We had already talked about the spiders and bugs, that he preferred cold weather over hot weather, and that rain was a huge trouble-maker.

But his answer about the hardest thing surprised me: being outside of society.

Even though he had made friends in the homeless community (without them, he said he wouldn’t have survived), he still felt lonely.

I asked if the lady on his other side, who darted in and out of our conversation, who in general seemed to be more out than in, was his girlfriend. He looked at her, then back at me, and said no. She’s more like his street mom.

She smiled at that. I said it’s good they have each other, that she can show him around, and that he can help protect her in the camps. But he laughed and said no, she didn’t need his protection.

The music began so I let him get back to his meal, but I shook his hand and said I was glad our paths crossed, and that I hoped our paths would cross again sometimes in the future. He said likewise and we parted ways.

After the event, Jeff and I left in our car to take a friend home, then headed toward the public library to check out books.

While we waited for our light to turn green, a young man on foot was crossing the road in the intersection ahead.

It was my new friend DQ, toting his to-go plate from the banquet meal and the small gift bag everyone had been given.

While I’d hoped to see him again, I hadn’t really expected it would be so soon. I tried to catch his eye but he was concentrating straight on.

We drove on to the library. But as we were walking out, guess who was walking in?

He laughed and said, “But I didn’t think it would be within 20 minutes.”

We waved goodbye and each went our separate ways once again.

Will I see him again later? Only God knows that.

The thing I know is this:

If God wants our paths to cross with someone, they will cross.

I’m learning it more and more, and appreciating the mystery of it with greater and deeper delight.

God wants us to be in community.

Loneliness isn’t part of God’s plan for us. Regardless of the circles we live in, God has the power to intersect any of our circles, any time, in any way, with other circles.

Whether it’s one encounter in a lifetime or three times in one day, God places the right people in our paths for his purposes.

Each intersection with another human being is a delightful surprise, an encounter that is intentionally and divinely orchestrated.

Cross our paths, Lord. Open our eyes to see and stretch our hearts to embrace those outside of our normal circles.

Have you had a divine encounter lately? Who do you expect to see this week outside of your normal circle? Please share in the comments.

33 thoughts on “Who will be your divine encounter?”