If we don’t like the messenger, we often don’t want to believe the message. Maybe the message is from the wrong news channel. Or a dirty politician. Or someone known for ego-building.

But truth is truth, no matter who tells it. 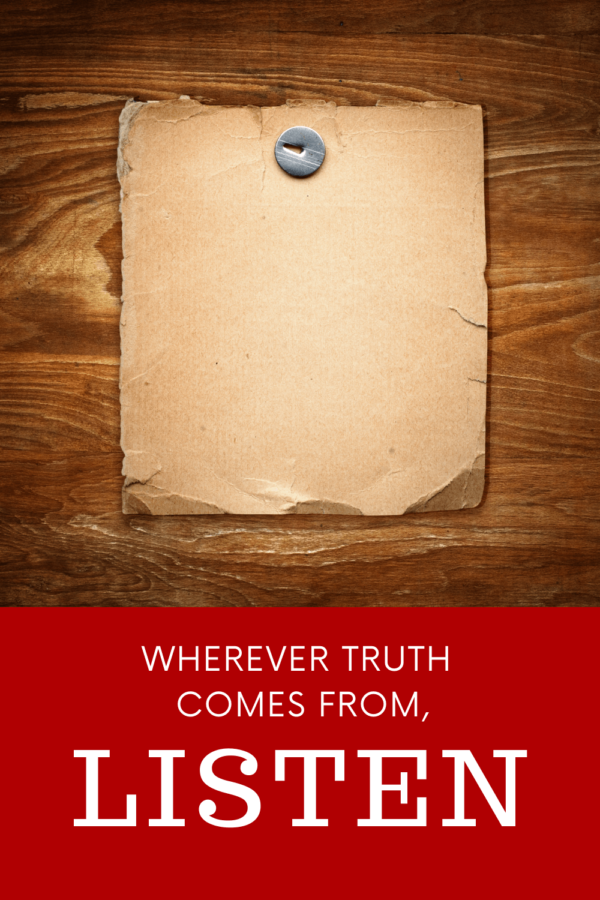 As I review Philippians 1 this week (a chapter I struggled hard to memorize, so I don’t want to lose it!), I pause again at this verse:

“What then? Only that in every way, whether in pretense or in truth, Christ is proclaimed, and in that I rejoice. Yes, and I will rejoice.”
Philippians 1:18

The apostle Paul was telling the Philippians that some were preaching the gospel with pure motives, with love. But others were preaching it because they were envious and selfish.

Or as Paul put it, “What then?” He still rejoiced.

As long as Christ was proclaimed, Paul was satisfied that the good news was spreading. (Now if the content is bad? That’s another story. See Galatians 1:6-9.)

Paul wasn’t shooting the messenger. Neither should we.

Wherever the God-honest truth comes from, listen to it. God dispels His wisdom from a variety of sources, some of which don’t seem logical to us.

When Jesus is being preached? Be like Paul. Don’t shoot the messenger.

revised from the archives
at Do Not Depart

16 thoughts on “Wherever Truth Comes From, Listen”