Where Were You September 8?

Where were you when you heard the news?

Many will remember September 8. It’s the day she died.

She was loved by her family. She was well-known among her friends. She was a giver and a doer and an amazing woman.

I’m not talking about the Queen of England. Yes, she was those things.

My mom had been living with Alzheimer’s for a few years prior to September 8, 2010. Her quality of life had remained high, though, despite her disease.

But when my father died of cancer in their bedroom on Valentine’s Day also of 2010, my mother’s light grew dimmer.

Off and on for the next several months, she lost her desire to live. Whether she remembered clearly or not that her dear husband was gone, she intuitively knew somebody was missing.

And it drained her.

Her memory began to drain away even quicker. Her energy also drained. And eventually even her appetite to eat or drink ran dry.

On September 7, the night before she died, my siblings and I had been taking turns staying with her in her room at her assisted living facility. She was restless, occasionally even getting out of bed to walk in circles around the room.

Did she know she was in her final 24 hours?

When dawn arose, my brother, my sisters, and I all gathered around her in her bed, awaiting the end together.

When Mama’s final breath also drained away, no more air ever to inhale again, we were left holding the pain of her loss.

And the beauty of her memory.

On September 8, 2022, the Queen of England also breathed her last. She will be talked about all over the world for many days, months, and years to come. Her deeds will be noted and praised on every news outlet. Stories will be written and numerous memorials will be held.

It wasn’t that way when my mama died.

My mother had many friends, too, don’t misunderstand. She was well-known for her good deeds and her gracious hospitality in our small community. And when she died, may people were sad. Many people still are.

But my mother’s name didn’t make every newscast (or any). Photos of her weren’t displayed by millions around the world. She only had one service to memorialize her godly life.

Yet my mama was no less important, no less valuable than the Queen. At least to me. To those who did knew her and loved her.

Some people are important and known to many. Others are just as important even though known only to a few.

The quantity of fame doesn’t determine a life. Quality does.

And my mom lived a quality life. She may not have done “big” things according to world events.

But she was my big thing.

She was no less important to me than the Queen of England (God rest her soul). Because Mama was MY mother. You only get one of those.

And she was mine. That’s big.

I wouldn’t have traded her for any other woman in the world.

Not even for the Queen of England. 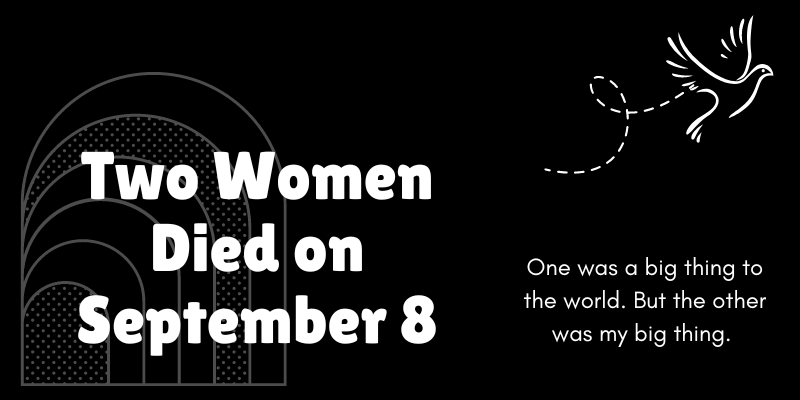 Every life is equally important. Share your thoughts in the comments.

If you find yourself becoming anxious over a situation, a relationship, or a circumstance, Donna suggests that curiosity is one tool you can use to your advantage.

“Setting aside judgement of yourself and others, frees you to gently explore and accept the truth, rather than fueling more anxiety through self-condemnation, catastrophizing, and false narratives.”

She writes that curiosity can help us open our minds to God’s perspective, too. Give it a try.

Read all of Donna’s post here at her blog, then link up your own blog posts below.