“Treat everyone as if they were a close friend. I say this neither as Dalai Lama nor as someone who has special powers or ability. Of these I have none. I speak as a human being: one who, like yourself, wishes to be happy and not to suffer.”
– Dalai Lama 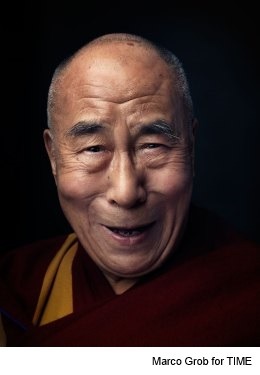 The Dalai Lama is Buddhist; I am Christian. But I found several points of intersection in beliefs in his book Ethics for the New Millennium. This is not a religious book, but it is a spiritual one. 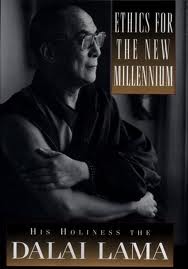 These words are almost 15 years old now, but the issues remain timeless: modern society’s quest for happiness; the role of religion; the ethics of restraint, virtue and compassion.

The questions we each have to ask from these topics are how much responsibility will I take for them and what level of commitment am I willing to make?

But even the Dalai Lama recognizes individual limitations, including his own:

“Individuals from all walks of life come to see me….Unfortunately, many have unrealistic expectations, supposing that I have healing powers or that I can give some sort of blessing. But I am only an ordinary human being. The best I can do is try to help them by sharing in their suffering.”

Yet just because we can’t do everything doesn’t mean we do nothing. He’s an active proponent in this book to do what you can, and do that with kindness and compassion.

“Therefore, with my two hands joined, I appeal to you the reader to ensure that you make the rest of your life as meaningful as possible. Do this by engaging in spiritual practice if you can. As I hope I have made clear, there is nothing mysterious about this. It consists in nothing more than acting out of concern for others. And provided you undertake this practice sincerely and with persistence, little by little, step by step you will gradually be able to reorder your habits and attitudes so that you think less about your own narrow concerns and more of others’. In doing so, you will find that you enjoy peace and happiness yourself.”

More favorite quotes from the book:

“Cowardice arises when we lose all confidence as a result of fear. Patient forbearance means that we remain firm even if we are afraid.”

“It is far more useful to be aware of a single shortcoming in ourselves than it is to be aware of a thousand in somebody else. For when the fault is our own, we are in a position to correct it.”

“Through developing an attitude of responsibility toward others, we can begin to create the kinder, more compassionate world we all dream of.”

“The work of a person laboring in some humble occupation is no less relevant to the well-being of society than that of, for example, a doctor, a teacher, a monk, or a nun. All human endeavor is potentially great and noble. So long as we carry out our work with good motivation, thinking, ‘My work is for others,’ it will be of benefit to the wider community.”

“Try not to turn away from those whose appearance is disturbing, from the ragged and unwell. Try never to think of them as inferior to yourself. If you can, try not even to think of yourself as better than the humblest beggar. You will look the same in your grave.”

What do you know about the Dalai Lama?

(I admit I always think of Richard Gere when I think of the Dalai Lama.)

5 thoughts on “What the Dalai Lama says”