Their drugs were all that mattered.
They didn’t want to waste a single rock.

So the contrast had to be sharp. They ripped all the carpets out of the room. And painted the floor black.

When they dropped the white, it’d show up best on black.

Bobby Hayden was telling his story in the chapel at the Rescue Mission.

. . . to men and women who understood—the homeless, the hopeless, the drug addicts—the ones trying to break free.

. . . and to men and women who wanted to understand more—the sheltered, the filled, the employed—the ones wanting to live even more free. 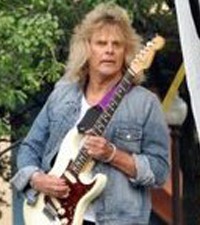 I felt the outward contrast. Even though I was in blue jeans like many others, I knew I still stood out. My clothes weren’t dirty. My hair was washed. I drove up in a car; I would leave in one.

I didn’t know all that Bobby was talking about.

But I do know the light Bobby talked about.

I wondered if the man on the third pew knew.  I watched him as Bobby spoke. He was a stone statue. His head was shrouded in a black hoodie. His heart was covered in a dingy flannel shirt.

Yet he’s the one. One that Jesus died for, still lives for. Jesus wants this man to see the contrast between dark and light.

He came to turn corpses of stone into breathers of life.

I don’t want to settle comfortably between good and better.

I want to rip out the carpets so I’ll be a bright light to a dark world.

That’s the one he was preaching to the man in the black hoodie. And to the woman in the silver necklace.

Jesus is light on dark. Rip out the carpets and see.

8 thoughts on “Light on dark”