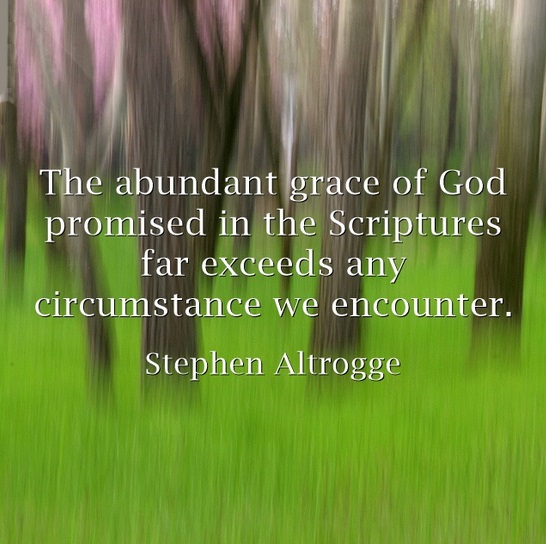 “God won’t withhold a single good thing from his children. If a thing is good for us, God will give it to us. If it’s not good, he’ll withhold it. And in God’s kindness, he doesn’t allow us to pick and choose what we would like in our lives.

The promises of God are our weapons in the battle against discontentment. For every temptation to be discontent there’s a promise of God that meets that temptation. The abundant grace of God promised in the Scriptures far exceeds any circumstance we encounter.”

Every day in October I’m sharing a short quote on grace from a favorite book. 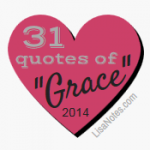 If you’d like to receive the grace quote every day . . .