I wasn’t sure what to expect Sunday afternoon.

I knew Brett Jones had been a Navy SEAL. I knew his body had been through more than I could imagine. I knew he’d performed dangerous missions around the world.

What I didn’t know was he would be scared to talk to us. 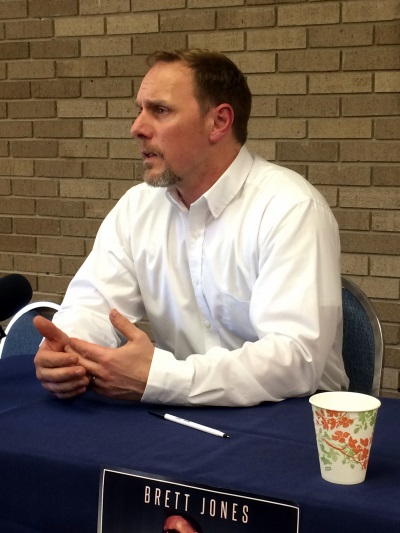 A nice crowd had gathered in the sanctuary to hear Brett speak about his life and about his book, including my sister and me. After being introduced, he openly admitted his fear about talking to the crowd.

Then he launched into his story. He had been in the United States Navy during the Don’t-Ask-Don’t-Tell era. And he was gay. He spent years keeping it secret from those he served with.

But the truth was unexpectedly unveiled by a disgruntled employee of his boyfriend’s in 2003. Brett suddenly faced the possibility of a dishonorable discharge. After incredibly rigorous training to become a SEAL and 8 years of active duty as one, he didn’t want to leave it all now.

Three months of interrogation ended with the charges against Brett being dropped. But because he knew they’d resurface over time, he chose to leave the Navy honorably and pursue another career. He worked overseas as a security contractor for awhile and now operates a private security firm in Alabama.

I learned a lot of things from Brett’s talk and from meeting him in person.

This was one of the things:

Everybody is scared of something.
Even Navy SEALs.

But fear doesn’t have to stop us. Being afraid doesn’t mean we have to be quiet or sit down or do nothing.

Faith can take us one step further than fear can go. God is honored when we do scary things for his glory.

Sometimes God removes the fear when we face it. Sometimes he doesn’t. Fear can piggy-back on our emotions and refuse to let go.

But even then, we can keep moving. Even with the fear.

Brett Jones did. He kept talking about his life, sharing his stories, answering our questions.

Fear doesn’t win if we go forward anyway. We’ve got things to do, lives to live, people to love. With or without fear.

Everybody is scared of something. So? 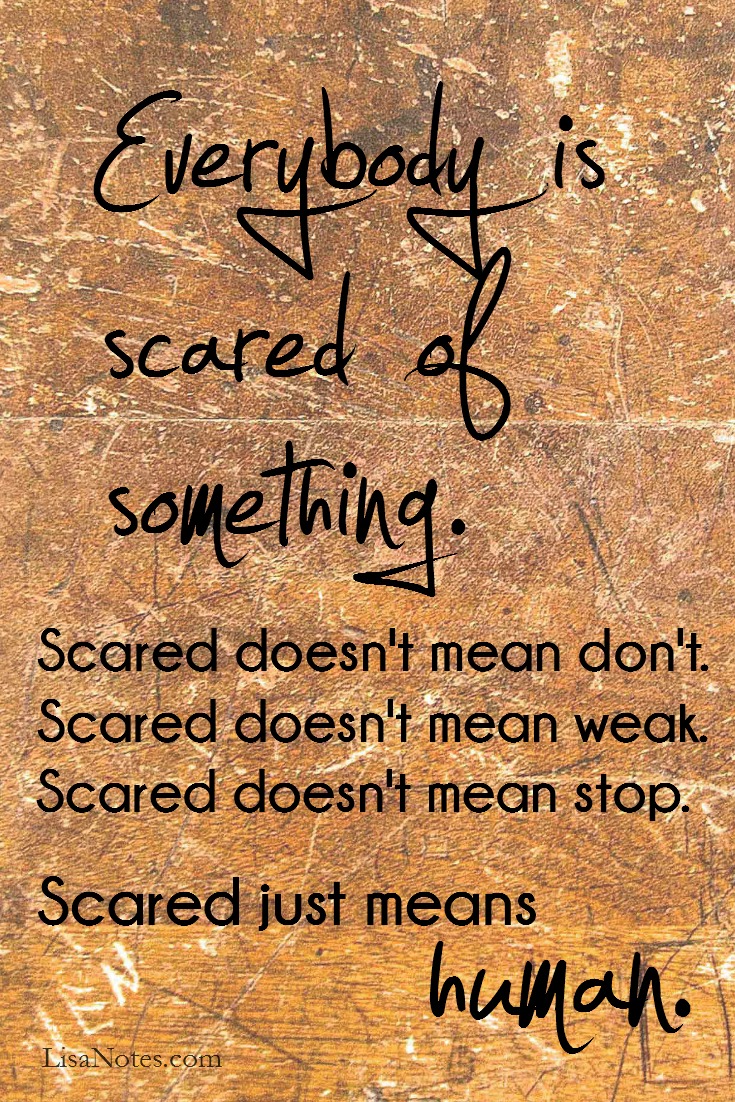 How do you fight against fear? What motivates you to keep moving even with fear? Please share in the comments.

Read more of Brett’s story in his book.

32 thoughts on “Everybody is scared of something”