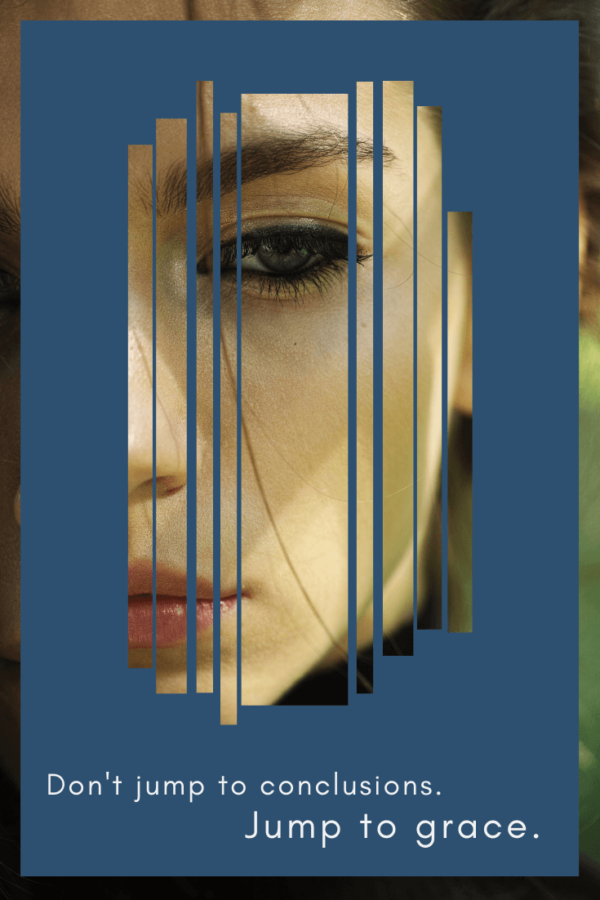 Edward was in line to get gifts for his kids.

He watched us white ladies for a minute, seeing us struggle to communicate clearly with the Hispanic ladies in line. Our spotty Spanish and their minuscule English couldn’t cross every barrier.

So when it was my turn to sign up Edward, he explained he could speak both English and Spanish. If we needed him to help translate, he was available.

I immediately answered yes. I asked how to say this and that. He would tell me, distinguishing the nuance between Guatemalan Spanish and Mexican Spanish.

That’s when I asked where he was from, wondering which Spanish he knew best.

And he told me: I am an American.

Oh. Of course. We moved on, kept talking.

But my mind couldn’t let it go.

So on my third or fourth trip to ask Edward a translation question, I finally said it:

“I have to apologize. I feel bad I asked where you were from. I just assumed you weren’t from here.”

Edward just laughed. He said he gets that all the time.

It’s easy to jump to conclusions, whether about ethnicity or income or religious beliefs.

Just because someone doesn’t look like me or sound like me doesn’t mean that he’s not like me. Edward and I likely had more in common, both as American citizens, than we had differences.

I was thankful for Edward’s grace. He gave it freely. So I jumped on it freely.

But I haven’t forgotten it. I want to learn from it.

In the future, I want to jump quicker to grace and jump slower to conclusions.

When have you jumped too quickly to the wrong conclusion? When have you been given grace? Please share in the comments.

19 thoughts on “Don’t Jump to Conclusions; Jump to Grace”