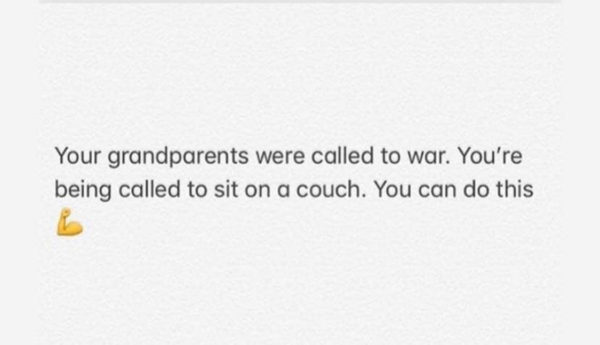 “Whether you complain aloud or only in thought makes no difference.”
– Eckhart Tolle

I sometimes play mind tricks with myself. Such as, it’s okay to complain about somebody as long as it’s only to Jeff.

Or this one: it’s okay to complain, as long as I don’t say it out loud.

But is it? Really? 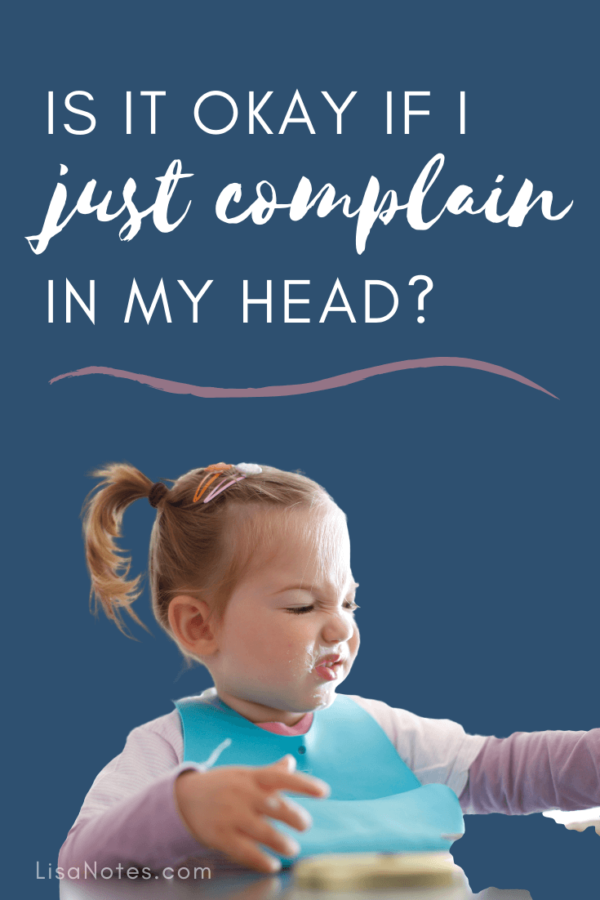 When You Express It

We can’t help certain thoughts that pop into our head about someone else’s attitude or actions. And maybe it’s for a legitimate reason because they truly are irritating and egotistical.

In this anxious time of coronavirus panic, complaining has come easier to me. I’m verbalizing my annoyance more frequently.

But should I even indulge them in my head? Are they doing me any good?

All Complaints Hurt Us

My inside-only complaints cause trouble, too.

(An exclusion is the “complaint” that states a wrong that needs to be addressed: “There’s a fly in my soup.” That’s okay. What’s not good is: “How dare you let a fly get in my soup!”)

The kind of complaining I’ve been doing is this: “What is wrong with these people buying up all the toilet paper at Publix? Don’t they know other people need some, too?”

But maybe they are just scared and panicked (again, aren’t we all at times?).

Either way, it doesn’t serve them OR me to judge them for it. Even if I’m quiet about it.

As Tricia Goyer says in The Grumble-Free Year,

“It’s easy to see grumbling as a bad habit. It’s harder to see that it is an actual offense against God. Even if we don’t think so, it’s saying, God, you’ve failed me.”

I can remember that God’s favor is on me. He is for me. That is what I need.

Accepting a situation (or a person) as is, without criticizing and complaining, is a strength, not a weakness. It doesn’t mean you approve. You still might need to act to make the situation better.

But stop the complaining.

My one word of the year is Linger. For the month of March, my Linger action step is Silence, i.e., Linger in the Silence. I’ve been choosing silence more instead of automatically turning on a podcast or even picking up a book as often (aghast!).

But I also need to choose lingering in the silence instead of complaining out loud.

And instead of complaining in my head.

Both are toxic. Both can lead to resentment and bitterness and grievances of “I can’t believe she did that to me!” outrage.

I still can’t control everything (anything?) that pops into my head, including negative people and annoying situations that cause me angst. But I can choose to be aware of these thoughts and stop feeding them.

By choosing to quiet them instead of encouraging them, I’ll create more peace in the world.

Not just peace on the outside, but peace inside my head, too.

Do you complain more when you’re tired and anxious, too? How do you stop it? Please share in the comments.

25 thoughts on “Is It Okay to Complain If It’s Only in My Head?”