Love Story or Something Else?

Is this a classic love story?

Girl meets boy at her job.

Because the girl Vicky is in a position of power, she begins doing extra favors for the boy, Casey. She gives him an extra snack here and there. A privilege now and again that she gives no one else.

But she’s not supposed to date someone under her.

The closer Vicky grows to Casey, the more she needs a plan to be with him forever.

She begins preparing for a new life with him. She sells her house. She puts in retirement papers.

I first heard about their relationship Friday night. I got a missing person alert on my phone.

Vicki White was missing, a 25-year veteran of the department of corrections and the assistant director of corrections at the Lauderdale County Detention Center in Alabama.

Vicky was supposedly driving Casey from the jail to the courthouse for a mental health evaluation. But they never showed up.

It was a prison break.

We typically think of guards and prisoners as enemies. But are these two now lovers? 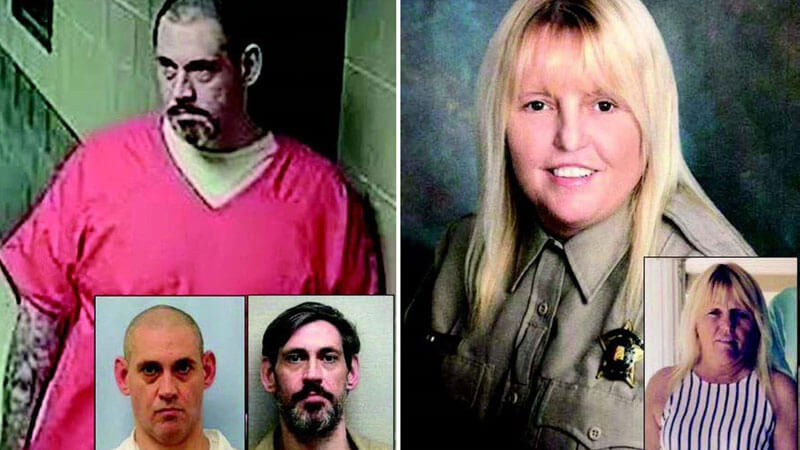 Who Is Your Enemy?

Because I recently finished Catherine McNiel’s new book, Fearing Bravely: Risking Love for Our Neighbors, Strangers, and Enemies, I ask myself in light of Vicki and Casey’s story: Can we love our enemies TOO much?

In the book, McNiel says the word Jesus uses for enemies is not a noun (such as a specific group of people), but an adjective (the way we describe people).

“It could be translated ‘hated people’ or ‘odious people.’ In other words, enemies are the people I hate. Those who are odious to me.

In addition to praying for those trying to harm us, we are to actively love those who repulse us.”

This makes me pause. I typically think: I don’t have any enemies!

But are there people who get on my nerves? People I’d rather never be around? People who are “odious” to me? Yes.

You, too? Maybe the people you dislike—your enemies—are members of another political party. Or people with annoying personalities. Or those on the opposite side of the abortion debate.

In Fearing Bravely, McNiel uses immigrants as one example. Data shows that the majority of Americans in every demographic group support welcoming refugees into the United States EXCEPT for white evangelical Christians.

“Poll after poll suggests that white American evangelicals like myself are twice as likely to believe our safety is threatened by those around us; far more likely to claim long-debunked hoaxes as truth; and out of all Americans, most likely to be viewed by our neighbors as hateful.“

Instead of being known for loving others, Christians today are more known for being afraid of others.

Fearing Bravely goes on to encourage us to turn this around. To stop valuing our safety above all, and to instead do what Jesus said: Love above all.

Can You Love Too Much?

Is this what Vicki was doing when she coordinated a prison break with Casey, putting love above all?

While they may be “in love,” breaking convicted criminals out of jail doesn’t fit our definition of love.

By running away with Casey, Vicki potentially put multiple lives in danger, releasing Casey back into society. That’s in no one’s best interest, including hers or Casey’s.

As of Monday, May 9, Vicki and Casey were identified and chased down in Indiana. Police apprehended Casey.

So is it possible to love our enemies TOO much? (It’s rarely a question we ever face.)

The question itself depends on a proper definition of love and of enemy.

But if true love—agape love—is acting in the best interest of another’s highest good, like God loves us, then no, we can never love ANYBODY too much, friend or foe.

Jesus puts no cap on agape love. His love for us is limitless.

Do you have trouble controlling how you talk to yourself? Our featured post this week is by Theresa. See her tips on how to control our inner dialogue.

Read all of Theresa’s post here at her blog, then link up your own blog posts below.

7 thoughts on “Can You Love Your Enemies TOO Much?
—Grace & Truth Linkup
”