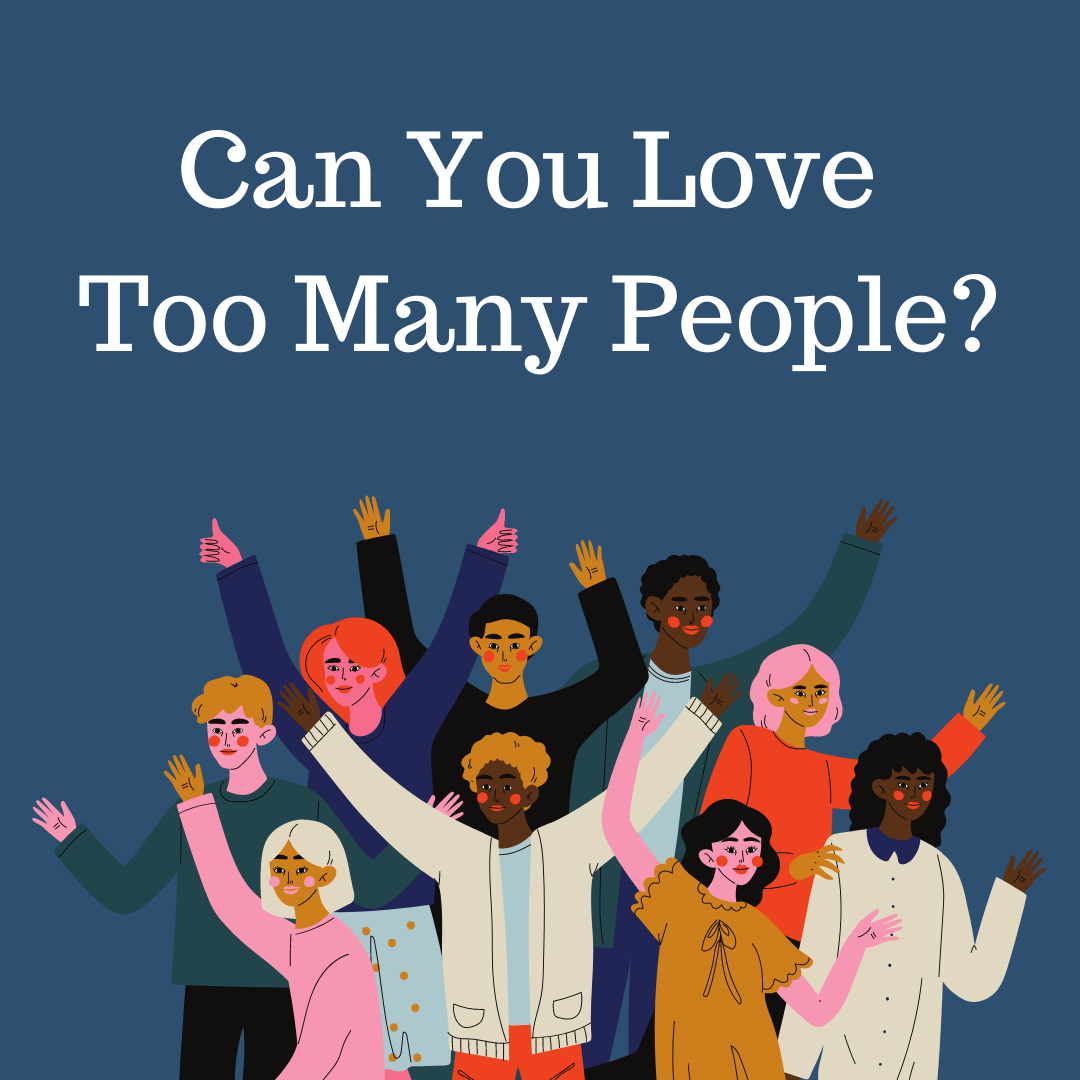 Does Withholding Love Ever Work?

Can you love too many people?

I don’t mean, can you be “in love” with more than one person at a time?

Nor do I mean, can you love “too much” in unhealthy ways?

Instead, what I mean is this: Is it possible to love too many different kinds of people, those unlike you as well as those similar to you in beliefs and culture?

We all know Jesus said the greatest command is to love God and love people.

But when we do love, why sometimes is it “God’s people” who get the angriest about it? They (we?) may say, “Love the sinner, hate the sin” but what ‘sinner’ has ever felt loved by that philosophy?

Sometimes people will cut you off if you love more people than they want you to, especially if those you love are the “wrong” kind of people. They might even withdraw their own love from you to bring you back in line.

This is meant to incentivize you to change who you love.

But does this ever work?

Ground Rules for a Better Way

How do we make friends with people who are different from us anyway?

I just finished a most interesting book on creating friendships among seeming opposites. It’s The Doubters’ Club: Good-Faith Conversations with Skeptics, Atheists, and the Spiritually Wounded by Preston Ulmer.

The Doubters’ Club itself (not the book) is an actual gathering of different kinds of people who meet together in different cities to have respectful discussions with each other. It began in Denver, Colorado, as a conversation between two friends, one an atheist and one a Christian.

Ulmer says that the goal of the Doubters’ Club is “to model friendship with people who think differently and pursue truth together. Period.” It’s not to convert each other to their own ideologies. There are no ulterior motives.

From Ulmer’s perspective, it’s a way for believers to find common ground with unbelievers using doubts.

Is there a Doubters’ Club in your city? (See locations here.) Not in mine. I wish there were.

But Ulmer says the Doubters’ Club isn’t really about doing new things. Rather, “it’s a new way to do everything.” It’s a lifestyle of interacting with people differently, to be a bridge instead of a barrier.

And we can do that anywhere, anytime.

Here are the five ground rules for the official Doubters’ Club conversations. But they also are rules we can apply to all our conversations:

1. We value respect above being right.
2. We listen without interrupting.
3. We are a safe place.
4. We listen with an open mind.
5. We understand and accept differences of opinion.

Conversations full of spiritual curiosity can lead to committed friendships. To loving each other more, which is God’s goal for each of us anyway.

One of Ulmer’s chapters is titled: “GOD, I’M TIRED OF THIS: The Exhaustion of Only Having Christian Friends.” In this chapter he writes about the disadvantages of having an “us versus them” mentality.

It creates an atmosphere of distrust from both sides.

A way to counteract this is to make friends with all kinds of people.

And in doing so, you don’t have to justify your choice, even when it brings criticism from your in-group.

“You do not need to spend needless energy justifying your association with people who are not like you. Instead, expend your energy on those people by being with and for them. The best way to justify your time with those not like your in-group might just be to get crucified by your own in-group.”

We grow from being around those who think differently than we do. We’ve all likely experienced enlightening moments of seeing God in a fresh light when we’re with those least like ourselves.

“Initiating conversations that matter is not so that we can create converts. It’s so that we can taste the goodness of God with others, leaving us both craving more.“

There’s a version of Christianity that says love everybody, but also ignore some, exclude others, judge many. Is this love? Does it feel like love to those being ignored, excluded, and judged?

“Instead of defending the reputation of the flock, what if we returned to the actions of the Shepherd? The Shepherd whose friendship with sinners was so fierce, he was stereotyped as one of them: ‘The Son of Man came eating and drinking, and they say, ‘Here is a glutton and a drunkard, a friend of tax collectors and sinners’ (Matthew 11:19, NIV).”

Can we love too many people?

I wonder if Jesus would answer like this: Never. It’s impossible to love too many people.

“The mature in Christ make unending attempts at love.”

Look around for the next person to love. You can’t love too many.

Have you ever been criticized for who you are friends with? Share in the comments.

24 thoughts on “Can You Love Too Many People?”