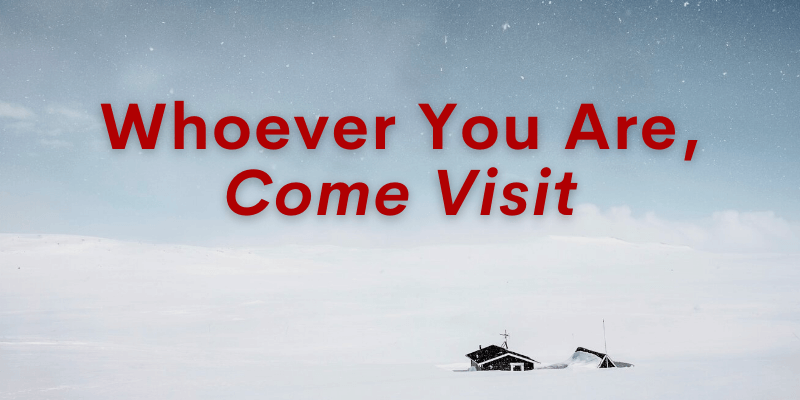 It’s been almost an hour. We are wrapping up the conversation with my uncle in the living room at his house.

It’s been good to visit with him. And he has been glad to see us, especially our sweet little Henry we brought along.

When I was a child, I didn’t see this uncle very often. He and his wife lived several states away. But when they came to my grandmother’s house for Christmas each December, I was always happy.

They were sophisticated and traveled and in my little girl mind, “rich.” They brought the best Christmas gifts with them. They shopped at the nice stores and didn’t mind spending money on the nieces and nephews.

Years later when they retired and moved close to us, we were thrilled to get to really know them. They told interesting stories of their jobs and vacations and places we’d never been. It was delightful having them at our big family meals at regular intervals instead of the yearly visits.

But then my dad died, my uncle’s only brother. And my uncle was sad, as were we all. Then my mother died, and my aunt was sad. She thought of my mother more as a sister she never had than as just a sister-in-law.

We began seeing them less and less as time rolled by.

It’s now time to leave my uncle’s house today. We hug goodbye with him.

Then we turn to hug and say goodbye to the sweet quiet lady sitting very still in her recliner.

She hadn’t participated much in our earlier conversation. When she did talk, she gave generic statements, such as “Isn’t that the truth” or “That’s the way it goes.”

But it doesn’t matter.

And even though we don’t know this newer version of our aunt, we know she’s still a very kind lady. And she is as much loved as always.

She looks up at us now and waves goodbye. She adds, “Come back and visit soon” even though she isn’t sure who we are or where we came from.

My mother died from dementia when she was 71. My aunt was older before she showed signs. My heart has a special place for those who lose their memories. And even though I hope I won’t be one of those (yet I worry I will), I know I’ll still have family who love me, regardless of which “me” I might turn out to be.

18 thoughts on “Whoever You Are, Come Visit”