What is the Competency Bias (also known as the Dunning-Kruger Effect)?

This cognitive bias is when we unconsciously overestimate our abilities or knowledge (we’re all above average drivers, right?).

Basically, we don’t know enough to realize how little we know.

At the same time, people who ARE an expert in an area might still think others know more than they do, when they don’t. (These people might have the Impostor Syndrome, the bias of doubting your legitimate accomplishments, thus feeling like an impostor.)

Bottom line: we’re not very competent at determining our own competence. 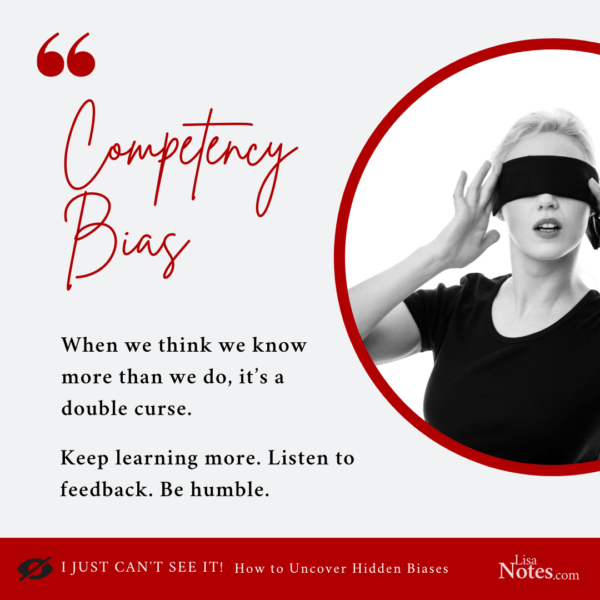 Here’s an example of the Dunning-Kruger Effect (Competency Bias).

We’re all familiar with someone who brags at the dinner table about their knowledge on a topic, but they are unaware of how little they know.

For example, if you’re white, and you claim to understand exactly how it feels to be Black in America, you’re probably a member of the Dunning-Kruger club.

Another example: When surveyed about their knowledge of social policies, people in both political parties were confident in their expertise of a complex issue even though they held only a simple understanding.

And here’s a humorous example. 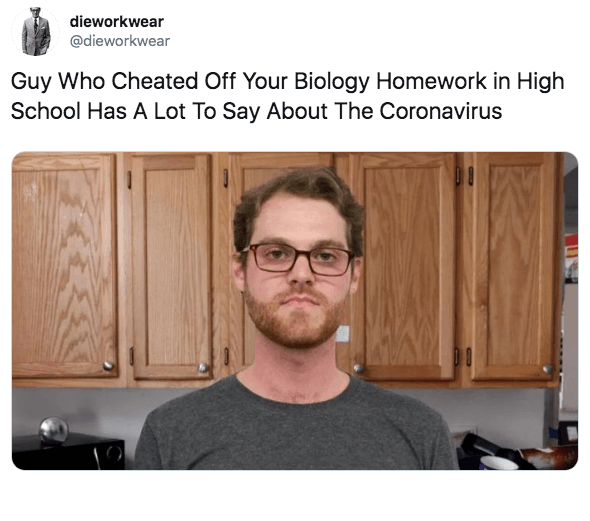 Why do we think we know more than we do?

We naturally need confidence. It allows us us to take action. It’s the overconfidence that hurts us.

But it’s hard to know we’re not performing well if we don’t know the correct measure of “well.” Ironically, those mostly likely to overestimate their abilities are often the ones with the least skills.

Also, once we know something in one area, we often assume incorrectly that the knowledge transfers equally to other areas. Or if we’ve learned a little, we assume we know a lot.

As our parents told us, “A little knowledge can be a dangerous thing.”

Culture also plays a factor (certain nationalities are more prone to this competency bias than others). We’re uncomfortable saying, “I don’t know” so our brain tells us actually we DO know. It creates a shortcut that doesn’t exist so we can make sense of the matter.

Why does incompetence carry a “double curse”?

2. But secondly, we’re also cursed by not realizing it’s our own incompetence that’s causing our problems. We don’t learn from our mistakes. 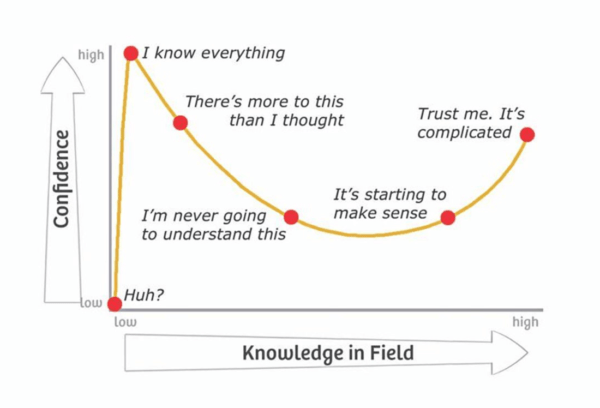 How can I prevent having this Competency Bias?

(And maybe read this article about contradictions about our understanding of the Dunning Kruger effect.)

How did Jesus handle the competency bias in others?

Here’s how Brian McLaren describes it in his book, Why Don’t They Get It?

“Jesus praised child-likeness and helped people learn that they have a lot to learn . . . building their confidence that they can enjoy life beyond their current biases.

He praised people for wise answers and ‘caught them doing good,’ and boldly confronted ‘blind guides’ and ‘hypocrites’ who were unaware of their ignorance.”

In one of Jesus’s last conversations with his disciples before the crucifixion, he told them they would do greater works than he had done (don’t underestimate your power) (John 14:12).

Yet he also said they didn’t know everything (don’t overestimate your knowledge); wait on the Holy Spirit to teach them (John 14:26).

Jesus’s advice is good for us today, too:

As with the other biases, we’re all prone to the competency bias. How do you become aware you don’t know as much as you think you do? Share in the comments.

You are on Day 3 of the series, of “How to Uncover Hidden Biases.”

Next: Negativity Bias {Bias Day 4}
“How to Stop Being So Negative”