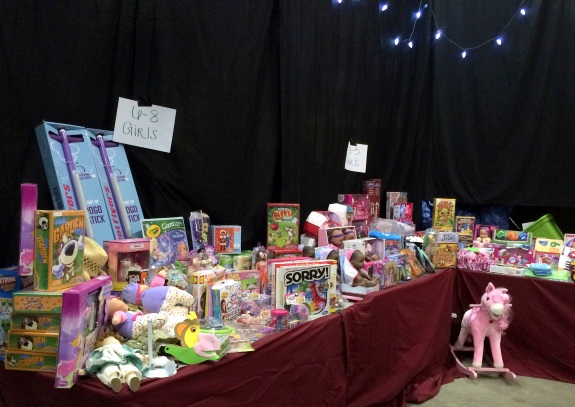 That’s what she wanted me to pray for. In her finances. In relationships. In her health and her kids’ health.

It’s a myth that everyone here at Manna House was only looking for a handout. They’d already paid a price that I wouldn’t have. They’d stood outside in the cold for at least 3 hours to make it in. Some with arthritis. Several that were heavy with babies due before the month was over. Those who’d already worked shifts at Burger King before coming here to stand in line.

But on the inside, the lines were blurred.

From an outward view, I was on the giving side.

I took the next person in line (unless they only spoke Spanish), and would guide them through three steps before they entered the next room to “shop” for free gifts to give their kids on Christmas morning.

But there was one more thing.
I offered to give them a prayer of blessing, if they wanted it.

No one said no.

Sometimes their requests were specific:

But some—all?—were also universal: for better tomorrows, even if those exact words never left their lips.

That blurred the line the most between givers and receivers . . . in praying a blessing for their better tomorrows, I received the immediate blessing of a better today.

Who was giving now and who was receiving?

Because here’s the thing about our prayers: they aren’t simply words to encourage (although we hope they do).

Prayers are verbal declarations that God’s power still becomes incarnate, his Word continues to be made flesh.

“Invoking the powers of the universe or bestowing our blessing on the Earth or other beings is neither a simple benevolent wish nor an act of hubris. Rather it is an act of creative confidence.”
– Elizabeth Roberts and Elias Amidon

When we pray with another, for another, we are joining forces with the God of the universe who has the power to change circumstances, to transform hearts, to heal our world.

In the blessing, we are confidently declaring THERE IS HOPE HERE . . . because there is God here.

Not only in tomorrow, but also in today.

In doses, it can be packed in a Mama bag and stuffed in a stocking and shared in a children’s book. But it is unleashed in fullness when we join hands to boldly claim the grace that Jesus offers us.

Even if the job doesn’t come, the pain doesn’t diminish, or the kids still argue, the hope still blesses us. Better tomorrows begin with hopeful todays.

Hope is a blessing best received when it is given.

I’m working out what it means to live more in the “now,” my OneWord365.

What are you hoping now for a better tomorrow? Please share in the comments. 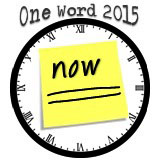 38 thoughts on “This happens when you pray for better tomorrows”