I’m uncomfortable around angry people. And more so if they’re mad at me.

I don’t really like feeling angry myself. While it is empowering, it leaves a bad aftertaste.

So thinking about God being angry makes me uncomfortable, too.

I was most uncomfortable this week with our reading assignment in J. I. Packer’s Knowing God. It’s chapter 15, “The Wrath of God.” (Can we substitute a more modern word for “wrath”? I’m going to use “anger” here.)

Packer says he knows we play it down. We don’t like talking about God’s anger for these reasons:

Yes, I admit it. I don’t want to equate God’s anger with how I see man’s anger: bad tempers; out of control behavior; violent mood swings. I agree with how James speaks of anger: “The anger of man does not produce the righteousness of God” (James 1:20). (For more on this, check out Brant Hansen’s book, Unoffendable.)

But Packer reminds us there is a difference between God’s anger and our anger. Ours is often self-indulgent, whereas God’s is always a reaction to evil.

We know God is good. But don’t his judgments sometimes come across as too harsh?

Packer says no. He says God is always fair. Agreed.

(Except when God isn’t fair. It doesn’t seem fair to me that I get forgiveness for every sin I’ve ever committed or will commit just because Jesus paid the price instead. Grace goes beyond fair.)

But my bigger disagreement with Packer is here. Packer says that God’s anger isn’t cruel because we choose it for ourselves.

Well, I wouldn’t put it quite that way. If it were my choice, I’d always choose less pain and more pleasure as my consequence. Let’s all eat Krispy Kreme donuts and lose weight, not gain it.

So while I understand what Packer is alluding to (such as, if we choose to play with fire, we’ll get burned as a consequence), I think he’s underestimating our foolishness.

Our decision-making skills aren’t as refined as they need to be. We don’t always think the consequence will apply to me, or at least not until a very long time from now. (No need to start saving for retirement now, right? It’s so far down the road.)

So with all respect to Mr. Packer, I can’t agree with his statement:

“The essence of God’s action in wrath is to give men what they choose, in all its implications: nothing more, and equally nothing less.”

But where we do agree is here:

“Between us sinners and the thunder-clouds of divine wrath stands the cross of the Lord Jesus. If we are Christ’s through faith, then we are justified through His cross, and the wrath will never touch us, neither here nor hereafter.”

So is God mad at us? All I know for sure is this: Not if we’re his.

However God’s anger works or doesn’t work, it’s no longer directed at me. He sees me differently now; he sees me through the eyes of Jesus. His anger has turned away. Now he comforts me instead. (Thanks, memory verse, Isaiah 12:1).

I’m not uncomfortable with that at all.

What do you think? (I won’t get angry if you disagree with me—I know I still have much to learn.)

We’re on Week 8 of reading Knowing God together with Tim Challies. 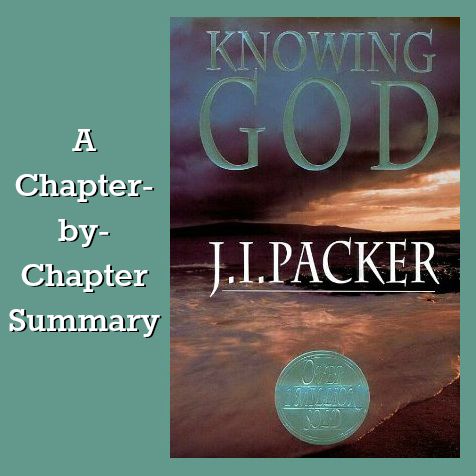