Jeff and I are relaxing at a hotel swimming pool in Georgia. We just arrived after finishing a nearby Christian conference for the day.

It’s a hot afternoon, but the only other people around the pool are a few families preparing for a birthday party.

Not intentionally, we casually overhear their conversation. Yet we understand none of it.

They’re all speaking in Spanish. My high school Spanish + my adult duolingo lessons + trying to speak Spanish when I was in Central America is no match for their speed and vocabulary in their native tongue.

They’re now ready to officially begin their party. They gather the birthday girl Sophia, they uncover her birthday cake, and they light the candles.

But the song is in all English, no Spanish. Beginning to end.

Why the switch to English just for the song?

Code-switching is a term to describe alternating back and forth between two languages or dialects. It comes naturally to people who are bilingual. They can speak one language in one situation, and speak another language in a different situation.

While I can’t code-switch between languages like English and Spanish, there is a language I can easily switch to: Christianese.

If you’ve been part of the Christian world for long, you’ll know the vocabulary, too:

Nothing is wrong with these phrases. And if you’re a fellow believer who grew up in the culture, we could easily communicate in whole paragraphs using just this language.

Watch this funny video, “Shoot Christians Say,” to hear what it sounds like. 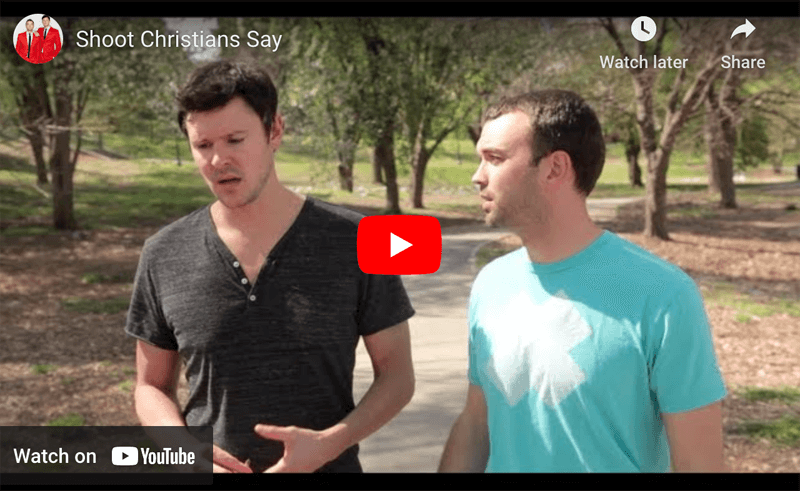 For some people, hearing these phrases in Christianese brings comfort. It feels like home. It’s a native tongue they best understand.

To others, Christianese sounds as foreign to them as the Spanish words sounded to me at the pool party. They can’t interpret the meaning of the message.

And yet to another group of people, Christianese is more than different; it’s offensive. Perhaps they believe the words aren’t true or are being used incorrectly or insincerely. Perhaps they view Christianese itself as exclusionary. Perhaps they’ve been hurt by the Christian culture and hearing its vocabulary triggers more pain.

What language do we need to speak when we’re surrounded by such a diversity of listeners?

The best language is one in which we communicate to the person in front of us that they are loved, seen, and heard.

Why did the Spanish-speaking family at the pool switch to English to sing the Happy Birthday song? I’ll never know. Maybe it’s what the birthday girl Sophia wanted. Maybe it’s what was most familiar. Maybe they just wanted to, and didn’t even think about it.

Sophia seemed happy about it, whatever the reason.

May we achieve the same result on our listeners.

Whichever language we use, as much as we’re able, let’s intentionally use words best interpreted as love to the listener’s ear.

Love is indeed a universal language. 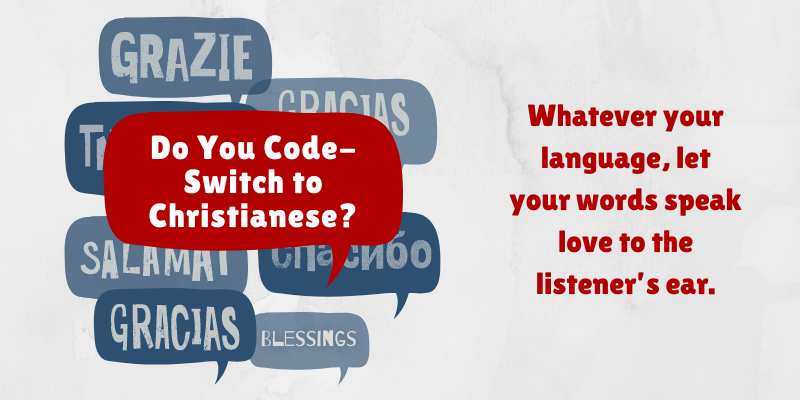 Do you speak more than one language? When do you code-switch? Share your thoughts in the comments.

13 thoughts on “Do You Code-Switch Your Language to Speak Christianese?”