We often divide these up into two camps. As good Christian boys and girls, we know which side of the line belongs to us: Be a giver. It’s the right thing to do.

When we only give and refuse to receive, are we doing wrong?

When Kay and I roll our cart of prepared dinners up and down the eight floors of the apartment building to give meals to the disabled, it looks like we’re the givers.

But if we refuse to receive anything in return, are we being close-fisted with grace? 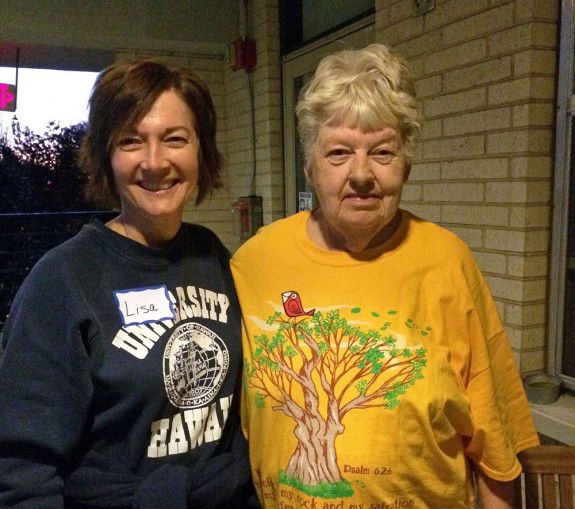 And the next Wednesday when I reported that God had faithfully answered her prayers in a positive way, and that I wanted her prayers more often!, she was excited.

She was giving.
I was receiving.

We left her apartment to deliver a meal to W, another man in the apartment complex we’ve gotten to know. He was telling us stories about his guns and how he wants to teach all his granddaughters to shoot so they could protect themselves.

When he said he really was a scary man, Kay and I could smile about it and say he wasn’t scary to us. Because we knew this: he’d be scary for us, but not against us. He told us he would always have our back. He was on our side, and we believed him.

He was giving.
We were receiving.

We ran into James a few minutes later. He was carrying a medicine bottle half-full of moonshine. He said he had a cold, but by morning, it would be gone, thanks to that.

He offered the same to us; if we ever needed any, he’d share. We told him we were healthy so far, but thanked him for the offer just the same.

He was giving.
We were receiving.

In David Z. Nowell’s book Dirty Faith, he says that “giving to others can be spiritual poison” when it doesn’t go both directions.

When we identify ourselves only as the givers, we can easily fall into spiritual temptation.

“For the wealthy—and that’s all of us—serving others can reinforce our intuition that we are where we are because we deserve to be here.  Giving forgives any debt of grace we have incurred. The ‘feel good’ aspect of Christian charity work can be intoxicating, and it plays to all our base instincts.”
– David Z. Nowell

When we remember that the only true one-way giver is God himself, we can better participate in the two-way giving and receiving that comes with being human.

When we identify as givers only, Nowell says that it . . .

“points to the gulf between us: I have the power and position, and you do not. I have Jesus; you don’t. But, unfortunately, I think it is precisely the perspective we often bring to our interaction with the poor, not just in spiritual matters, but in all things. The giver operates from a position of power and privilege. The recipient, by definition, is the inferior.”

For every giver, there needs to be a receiver. And everyone should be allowed a turn.

When we receive, we’re giving someone else the joy of being a giver.

Let someone else be God’s grace to you.

“For the poor, for the person receiving the gift, our good works can reinforce inferiority and bring increased dependence. In many cases, the impoverished, the disenfranchised, those living on the fringes of society carry deep, very negative images of themselves. Their self-perceived inferiority often paralyzes them into patterns of living that make it impossible for them to break the cycles of poverty and dependence. If we are not careful, a good Christian handout, instead of being a hand up, becomes a hand of oppression, reinforcing the chains of self-image.”

Who’s the giver here?
Who’s the receiver?
We need to be both.

Give what you have.
Receive what others offer.
Praise God for it all.

Why is it hard to be a receiver? Please share in the comments.

I highly recommend David Nowell’s Dirty Faith not just for his treatment of giving and receiving to/from the poor, but also for his heavy encouragement to stay actively involved in the lives of those who are different from us. David and his (blogging!) wife Susan have many incredible stories of ministry work that will stretch your own heart. He stepped on my toes often and in much-needed ways. 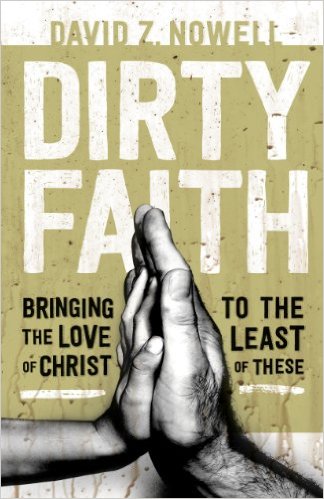 36 thoughts on “Blur your lines—Giver or receiver?”