I remember sermons by Ravi Zacharias years ago on the radio. I’d put a cassette tape in, hit “record” when “Let My People Think” came on, and listen to it later. Maybe more than once. 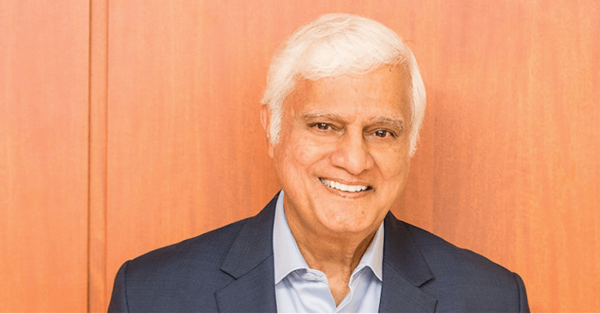 Ravi was different. He was such an intellectual thinker, yet he was tender.

He kept my attention and helped grow my faith.

And he stayed faithful himself until the end.

“Even in his final days, until he lacked the energy and breath to speak, he turned every conversation to Jesus and what the Lord had done. He perpetually marveled that God took a 17-year-old skeptic, defeated in hopelessness and unbelief, and called him into a life of glorious hope and belief.”
– Sarah Zacharias Davis, Zacharias’ daughter

Now he has no more words to say to us here. Ravi died Tuesday, May 19, 2020. But we can still listen to words he left behind.

Ravi’s departure reminded me of another great spiritual influence that left us around this time 7 years ago: Dallas Willard. Despite the absence of new material, his old material continues to feed me and fill me.

Here are some things about Dallas that I posted after his death in 2013.

You couldn’t read Dallas Willard’s words lightly or quickly. His words took time to sink in. But, oh, they were worth it.

Even if you haven’t read Dallas Willard’s books yourself, you’ve likely been influenced by them through someone else who has.

His books have been some of my favorites: The Divine Conspiracy, Renovation of the Heart, The Spirit of the Disciplines, The Great Omission.

Willard sent a clear and consistent message in all his writings:

His last words are reported to have been, “Thank you.”

~ Grace is not opposed to effort, it is opposed to earning. Earning is an attitude. Effort is an action.

~ Any time ritual and compassion (for example, for hunger) come into conflict, God, who gave the law, favors compassion. That is the kind of God He is.

~ “Knowledge” in biblical language never refers to what we today call “head knowledge,” but always to experiential involvement with what is known—to actual engagement with it.

~ Human life cannot flourish as God intended it to . . . if we see ourselves as “on our own”—and especially if we struggle to preserve ourselves that way.

Did Ravi Zacharias influence you as well? Dallas Willard? Who do you wish were still here to teach us? Please share your thoughts in the comments.

13 thoughts on “When Legends Die—Thank You, Ravi Zacharias”